George Gallagher is 26 years old and has already developed an excellent reputation and following around the UK. His unique, versatile vocals wow audiences every time he takes to the stage.

George has gained massive exposure and publicity all over the country in recent years, especially after his winning performance on BBC One's Frank Sinatra: Our Way in 2015.

He is consistently performing in the best venues throughout the UK including The brand newly refurbished Grand Central Hall in Liverpool, The Philharmonic Hall, The Epstein Theatre, The Empire Theatre and St George's Hall where he headlined to a sellout show on 11th December 2016.

He is an also winner of Merseyside's Young Singer Of The Year, which then gave him the opportunity to perform with the Royal Liverpool Philharmonic Orchestra conducted by the world-famous Vasily Petrenko, in Southport with 8,000 people in attendance singing his captivating rendition of Bring Him Home.

In 2015, He wowed a panel of judges with his own interpretation and winning performance of That's Life in the show Frank Sinatra: Our Way which was aired in front of 4.5 Million viewers on prime time national television Saturday 3rd January on BBC One 7 pm.

This then led for him to then perform at the Eventim Apollo in London on December 13th 2015 for Frank Sinatra's official UK Centenary Concert singing with Michael Ball and Jack Pack and lots more in front of a sell-out 4,000 people crowd, with the backing of theamazingPete Long/Ronnie Scott's Orchestra.

In July 2018, George performed at the Epstein Theatre 3 months in advance to a full sell-out audience.

In December 2018, George again performed with the iconic Royal Liverpool Philharmonic Orchestra at the Philharmonic Hall to another sold-out show as a special guest of the legend that is Gary Williams.

George is learning and growing all the time with such a versatile style which is easily adaptable to most vocal genres of music. Compared to a young Matt Monro, George has proved time again he is amongst the best vocalists the country has to offer.

"We hired George Gallagher for our Autumn Conference at the Titanic Hotel in Liverpool.  Our guests are discerning folk so it was essential that our chosen act delivered a performance that was consistent with the occasion.  I have to say that George was the consummate professional!  Despite the subject matter of the conference being generally of a serious nature, he managed to ignite the whole atmosphere and had most of the delegates on the dance floor during his second set.   George's performance will probably be one of the lasting memories that our guests will take away from the whole day!  I wouldn't hesitate to recommend George for both corporate and private occasions."  – Financial Planning Corporation, Karen Whitehead 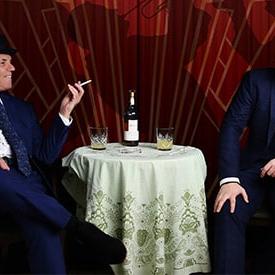 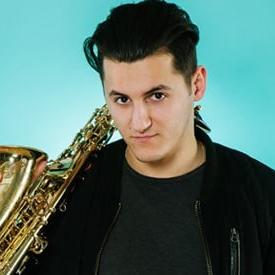 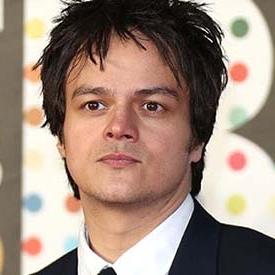