For an elite level magician at your event, to bring fun, games, tricks and illusions - look no further than Alan Mylecraine.

A much-loved and truly talented act, Alan Mylecraine is stellar magician for corporate events and private parties. Able to perform on-stage and as a walkaround magician, Alan is the perfect talking point and addition to your evening entertainment. With decades of experience, having performed for established names like Unilever, Park Hall Hotel, Rowton Castle as well as being a Coronation Street charity event magician of choice - Alan has become an entertainer of some repute and is a sure-fire hit with guests and delegates. A member of The Magic Circle, Alan is an award-winning British magician with hundreds of events’ worth of experience. From intimate gatherings to large audiences Alan has the wit and skillset to appeal to all audiences, regardless of age or event size.

A master of his craft, Alan is a stellar illusionist with a capacity to stun even the biggest cynics. Whether you believe in magic or not, this magician will wow you with his attention to detail and sleight of hand. With a comic twist to his magic, Alan is a proper entertainer, in the mould of Tommy Copper and such. Able to bring a cabaret-style or close-up magic act with exceptional movements - Alan’s tricks are impossible to see through the untrained eye. He captivates an audience with ease ensuring that everyone is on the edge of their seats and experience a show to remember.

For any situation or style of event, from private parties or corporate dinners he is a comprehensive host, born to entertain. The Lancastrian has performed for some of the biggest corporate clients in Europe, while also touring Asia, the United States, Canada, Australia and New Zealand. Alan won the coveted prize of North West Wedding Entertainer of 2013 at the Wedding Industry Awards, showing just how popular he has become as a wedding magician. Alan enjoys continuous demand for his ability to add a different dimension to event entertainment. Whether as a performer or a speaker on the basics of being a magician he is an exciting addition to any occasion. To hire a magician for a birthday party, a wedding or private event, Alan has worked in the industry for many years and consistently adds a wow factor that is hard to find.

"Thank you so much for coming to our wedding last week and giving our day the finishing magical touch it deserved. Your endless array of tricks entertained our guests all night long and we only wish we could have kept you longer! I'm still scratching my head over how you did the ones I was lucky enough to see. Thank you again and hope to see you again one day." - Mr & Mrs Brown

"Alan was fantastic! incredible magic, fantastic comedy and audience participation that had the whole place mesmerised. The laughter went on all night with great physical comedy and some fantastic off the cuff rebuffsto a lively crowd. I couldn't recommend Alan enough, brilliant!" - T Leonard

Contact Champions Music & Entertainment to enquire about hiring Alan Mylecraine today. Get in touch by calling us on 0203 7934 042 or by emailing [email protected] now. 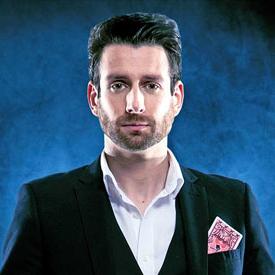 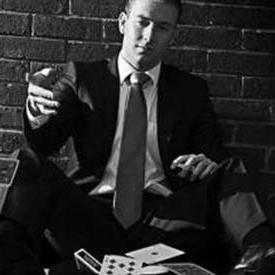 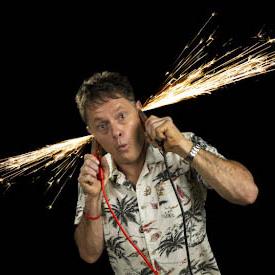