The fourth British woman to have climbed Everest and the fourth fastest person ever to have climbed the seven highest summits in the world - Annabelle Bond is one of the leading explorers of our time.

As she was growing up in major cities around the world, including Hong Kong and Jakarta, Annabelle grew a passion for sport. Beginning with tennis, swimming and horse-riding, it wasn't long before she began her pursuit of more gruelling challenges.

Long distance running became her next pursuit and by the Millenium, Annabelle left her job as a Director to pursue her ambitions in sport and fitness. She travelled the world from New Zealand to Peru and soon fell in love with mountain climbing. It was then that Annabelle first journeyed to Everest base camp which inspired her to scale more and more peaks. This eventually led to her joining up with Andronico Luksic who she would later climb Everest alongside.

In the following years, Annabelle would find herself to be a passionate advocate in the fight against ovarian cancer. It was this cause, alongside her need for an outlet following a break-up after five years that inspired Annabelle to set physical goals for herself. She would go on to build a career at the highest level of exploration, showing courage and passion to take on some of the toughest challenges that humankind can face.

It was then, in 2004 Annabelle took to Mt Everest, the towering peak at the top of the world, this time in an attempt to summit. She did so, becoming only the fourth British woman to climb the mountain. Scaling the highest mountain in the world was not nearly enough for Annabelle and her desire to push herself to her limits and experience true adventure continued. The Seven Summits was her next big plan.

Setting out to achieve the feat, Annabelle climbed the highest mountain on all seven continents in the world, eventually topping it off at Mt Denali in Alaska, 360 days after summiting Everest. Remarkably this earned her the honour of becoming the fastest female climber to reach the feat and the fourth fastest in the world.

In her keynote speeches, Annabelle talks of her mental resilience and confidence which allowed her to reach her dream. With such an array of exhilarating tales to tell Annabelle Bond is perfect for university entertainment.

If you need any advice or guidance, or if you have a question about Annabelle Bond or any of the motivational speakers on our website, don’t hesitate to give a member of the management team a call on 0203 793 40 42 or send us a message via [email protected]. 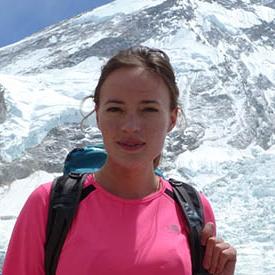 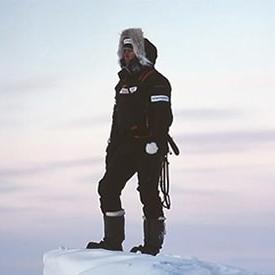 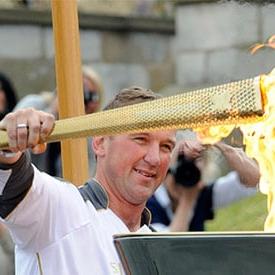