Bear Grylls is an insightful keynote speaker, ideal for University graduation ceremonies. Specialising in leadership, teamwork and peak performance, his motivating presentations have the power to inspire a new perspective in his guests. Bear has become a hit with audiences nationwide, who are captivated by his story of survival.

Born Edward Michael Grylls, Bear Grylls OBE is a survival expert and inspiring speaker. With experience as both a SAS Serviceman, survivalist and television presenter, his speeches range from the challenges of military service to his story of survival. Throughout his career, Bear has earned numerous accolades - including the youngest-ever Chief Scout of the United Kingdom and Overseas Territories and one of the youngest-ever climbers of Mount Everest - both a testament to his passion for exploring. From Q&A sessions and corporate workshops to University lectures, his adaptability as a speaker makes him ideal for a wide range of events.

Bear spent a large portion of his childhood outdoors, climbing and sailing with his father. With a taste for adventure, he spent his teenage years learning to skydive and even earning a second dan black belt in Karate. Graduating from the University of West of England in 2002, Bear then left education to start his military career. As a British Army reserve, he gained skills in unarmed combat, survival, parachuting, climbing, warfare and explosives. This experience sparked his interest in survival, which led Bear to become a survival instructor. Bear was later awarded the honorary rank of lieutenant commander in the Royal Naval Reserve and the honorary rank of lieutenant colonel in the Royal Marines Reserve, in 2004 and 2013.

In 1998, Bear climbed to the summit of Mount Everest, achieving a childhood dream. Two years later, he circumnavigated the British Isles via jet skis, to raise money for the Royal National Lifeboat Institution. Following this, Bear crossed the North Atlantic in an open rigid inflatable boat, created a world record for the highest open-air formal dinner party in a hot air balloon 7,600 metres in the air and travelled over the Himalayas by parajet paramotor. Later expeditions include exploring Antarctica in 2008 and the Northwest Passage expedition by rigid-inflatable boat in 2010.

Bear found fame on the popular television show; Man vs Wild. The programme followed Bear as he fought to survive some of the world's most challenging climate, offering a "how-to" to staying warm, safe and fed in the wild. Both in the US and the UK, Bear has featured in numerous survival shows, including Bear Grylls Survival School, Get Out Alive and You vs Wild. This popular author, who has published such titles as True Grit, expands upon his writing in his public speaking. From inspiring anecdotes to motivating life advice, Bear is a truly influential speaker.

"There are precious few people in this world who can really make a difference in a positive way, Bear is one." - Chief Executive, British Airways

"I have never had such a positive reaction to a speaker before, the team were simply enthralled, an inspiration to all who listened!" - Trading Director, Coca Cola Enterprises Ltd

"Professional and inspirational contribution, the combination of your particular style and breathtaking video hit all the right notes." - Price Waterhouse Coopers

Back to 'Leadership & Teamwork'

If you need any advice or guidance, or if you have a question about Bear Grylls or any of the leadership and teamwork speakers on our website, don’t hesitate to give a member of the management team a call on 0203 793 40 42 or send us a message via [email protected]. 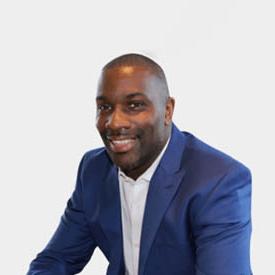 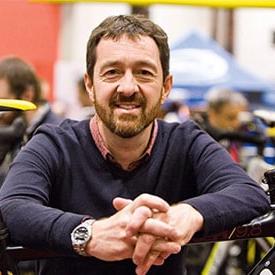