An Irish singer and songwriter whose reputation and demand is growing exponentially, Dermot Kennedy is a fascinating performer that not only understands the extremes but is captivated by them.

Drawing inspiration from all the moments of brightness and darkness this world has to offer, Kennedy has crafted music that's both soaring and intimate, stripped-back and explosive. A tremendous performer that is currently on a world tour, Dermot Kennedy’s hip-hop and R&B-influenced percussion complement his weathered vocals as The Dubliner. By organically combining electronic elements in an arresting, emotional blend, Kennedy calls to mind the adventurous arrangements of Bon Iver, James Blake, and James Vincent McMorrow.

Releasing his debut album in 2019, ‘Without Fear’ reached number one in the UK album charts and also spawned four singles. The hugely popular ‘Outnumbered’ and ‘Power Over Me’ both received praise in the UK with ‘Outnumbered’ reaching a top 10 position in the charts. The album skyrocketed Dermot’s career and got him a nomination for ‘International Male Solo Artist of the Year’ at the 2020 BRITs.

Capitalising on his success and popularity, Dermot Kennedy has sold out tours in both Ireland and England, in addition to a number of dates on his worldwide tour. Also a favourite for festivals, Dermot performed both weekends of Coachella 2019 and is set to appear at Reading & Leeds Festival in 2020. A multiple album sensation that is forever pushing himself further artistically and personally, Kennedy has certainly cemented his status as a vocal powerhouse with equal parts grit and grace.

A writer that exudes and showcases a sophistication far beyond his years. Dermot Kennedy writes lyrics with a poet's eye yet with a rapper's precision which allow him to conjure up vivid imagery and transfix audiences with a truly unique rhythm and flow like no other before his soulful delivery.

Delivering intense and powerful experiences when hired to perform through the Champions Music and Entertainment Agency, Dermot performs with a fire in his soul and writes with raw, unfiltered honesty which perfectly reflects and encapsulates his emotional and musical maturity. Celebratory and solemn. Playful and serious. Analog and electronic. Dermot Kennedy is a fascinating, entertaining, exhilarating and one of a kind singer that is guaranteed to provide an unforgettable experience at your next event no matter what the occasion or magnitude.

To hire Dermot Kennedy or any of the other music or entertainment acts on our website, contact the Champions management team by calling us on 0203 793 40 42 or sending us a message via this online form. 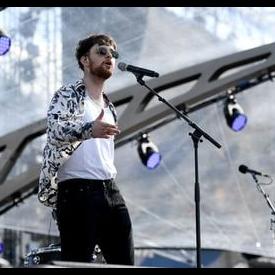 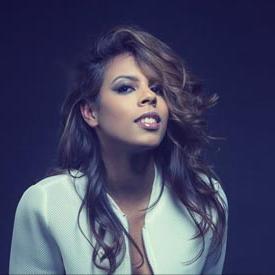