With a record-breaking 375 caps for her country, Kate Richardson-Walsh OBE is one of the best hockey players in women's history. Since she first stepped onto the pitch, Kate has dominated the sport - which led to a long career as the England and Great Britain coach. As a motivational speaker and LGBT+ advocate, her influence both on and off the pitch shines through in her speeches.

Kate Richardson-Walsh OBE is one of the greatest women's hockey players in England, having earned a staggering 375 caps for her country. Over her decades-long career, she has performed on some of the most prestigious pitches in the sport, a testament to her exceptional talent and skill. As a speaker, she draws upon her experience of elite sport to benefit her audience, offering an insight into peak performance and maximising success.

The ideal accompaniment for university graduations, charity fundraisers, private events and company conferences, Kate's charming presenting style captivates audiences. She boasts a degree in Sports Science from Brunel University as well as an influential career, reflecting both her educational and hands-on experience of sport. She started playing for the Didsbury Greys Hockey Club in Manchester aged 11, before being selected to represent her country aged 14. Nine years from her first game, she played at the 2000 Sydney Olympic Games.

Among an arsenal of bronze and silver medals, Kate earned gold at the 2002 Johannesburg Champions Challenge, 2015 London EuroHockey Nations Championship and the 2016 Rio de Janeiro Olympic Games. Over the course of 375 appearances, Kate scored 49 goals, earned 19 medals and spent 13 years as the Great Britain and England Captain. In 2016, she retired from international sport and signed with East Grinstead Hockey Club.

Off the pitch, Kate is an Ambassador for the Women’s Sport Trust, Access Sport and is an advocate for LGBT+ rights. She has committed her life to the success of underprivileged sportsmen and women, making her a truly inspiring motivational speaker. With her wife, Helen, the pair are the first same-sex married couple to win a team Olympic Gold medal and the first same-sex married couple to receive New Years Honours. Kate was appointed OBE in 2017.

"We feel like the conference went well and Kate was definitely a big part of that! Her talk was inspiring, motivating and very emotional (in a good way) The reactions we got after her talk were all super positive. Please tell her that the entire of Intuo is a bit in love with her.” – Emiel, Intuo

“They were great - very natural together, hit the brief, got the tone completely right and included some funny stories from the Olympics. They were very down to earth and mingled for ages without complaint!” - Stephenson Harwood LLP

Back to 'LGBT Speakers'

If you need any advice or guidance, or if you have a question about Kate Richardson-Walsh or any of the university keynote speakers on our website, don’t hesitate to give a member of the management team a call on 0203 793 40 42 or send us a message via [email protected]. 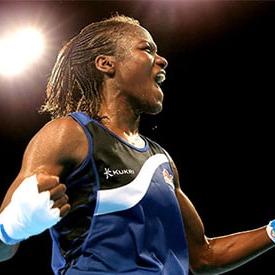 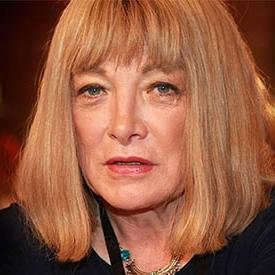 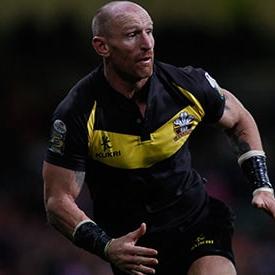