A prominent football speaker and pundit, Paul Merson is a former footballer able to offer unparalleled insight into the game. Having spoken at events for blue-chip companies and on television for the likes of Sky Sports and BBC, Paul Merson enjoys a stellar reputation.

Speaking on topics that range from peak performance in sport and overcoming adversity to international football and sporting success - Paul is one of the most engaging football guest speakers around. Able to open up on current topics in the media right now, Paul can speak on mental health, the effects of drink, drugs and gambling - as well his sporting career - making him a fascinating and valuable speaker for university events.

A former playmaker who turned out for English footballing giants such as Arsenal and Aston Villa, and also becoming an international for England, earning 21 career caps. His performances for England saw him appear at the 1992 European Championships and the 1998 World Cup - when England agonisingly lost to Argentina on penalties.

Having come through the Arsenal academy, Paul made his debut for the club in 1985. He would go on to become a key player in the Arsenal team under George Graham, helping The Gunners to FA Cup, Football League Cup titles and two Football League Championship titles in 12 years at the club. He finished his time at Arsenal with 78 goals in 327 appearances.

He moved to Middlesborough in 1997 to head up their Premier League promotion push. His impact proved pivotal and Middlesborough were not only promoted but finished runner-up in the League Cup. His impressive performances and 12 goals attracted the attention of Aston Villa who made Paul club-captain when he joined in 1998. His goal return remained largely impressive as he racked up 18 goals in 101 appearances to the club, helping Villa to the 2000 FA Cup Final.

A move to Portsmouth followed where Paul once again helped the club to be promoted to the Premier League - scoring 12 goals in 68 games to win the First Division title. He later served as player-manager of Walsall - leading the club for 68 games between 2003-2006. From there he became something of a journeyman in football, spending time with footballing minnows Tamworth, Whitton Athletic, Welshpool Town and Carau, only officially retiring at the age of 43 - in 2017.

Throughout his later years in football - Paul has become a powerhouse in the media. Ideal for brand work, personal appearances and public speaking - Paul Merson is one of the most inspirational sports speakers in the UK.

"Paul Merson was a great guest speaker for our event. He had loads of great stories from his career and had the audience laughing throughout. He also stuck around at the end to answer questions and take photos with fans.” – James, Aleteryx

“The event was a success and Paul was very good with no issues. All was on time and Paul was happy to stay slightly later to finish off the photos etc. Everything from yourself was fine also.” – Jonny Walker, Legacy Leisure

If you need any advice or guidance, or if you have a question about Paul Merson or any of the sports speakers on our website, don’t hesitate to give a member of the management team a call on 0203 793 40 42 or send us a message via [email protected]. 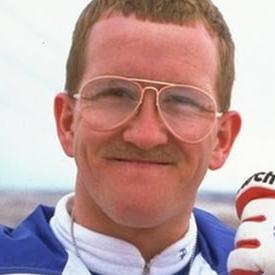 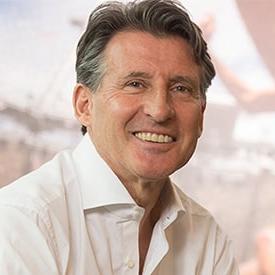 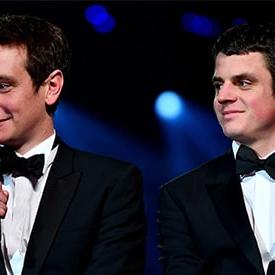