A figurehead in the world of technology, Steve Wozniak is the engineer and inventor behind the first Macintosh computer in 1976. Alongside Steve Jobs, Wozniak co-founded Apple, Inc developing products and services to help Apple become the largest technology business worldwide.

A head honcho in the race to deliver accessible personal computers to the wider public, Wozniak is considered a pioneer. Having designed the Apple I in 1975 prior to Jobs putting it to market, Wozniak is one of the most important inventors of our time.

During his time employed by Hewlett-Packard, designing calculators - Wozniak met Steve Jobs, striking up a friendship that would stand the test of time and pave the way for a collaboration that would ultimately change the face of technology as we know it.

1973 saw Jobs enlist the services of Wozniak to develop a circuit board design for Atari, Inc. The company offered Jobs $100 for every chip he was able to remove from the machine, and with little knowledge of the practice himself, Jobs brought in Wozniak, offering to split the fee 50/50. Ultimately Wozniak was able to reduce the number of chips by 50, using RAM. The technology was too complex for general comprehension at the time, but Jobs was paid the full bonus, sharing just $350 of the $5000 he received with Wozniak.

But the two continued to innovate - appearing at the Homebrew Computer Club attempting to impress other electronic hobbyists. Wozniak had been working on what was to become the Apple I - designing the operating system, circuit board and hardware prior and had even offered the design to HP, who rejected it on numerous occasions.

Jobs convinced Wozniak to set up Apple, Inc with the intention of retailing the Apple I as a printed circuit board. They set up shop in Jobs' garage, assembling the boards, selling the first 50 of these to the computer shop owner, Paul Tyrell.

But it was Wozniak's Apple II which was the beginning of Apple as we know it today. It was the first personal computer in history to display colour graphics and became the first successfully mass-produced computer in the world. As Apple went public, Wozniak became rich, and soon after, he was in a plane crash which first saw him leave Apple.

Wozniak returned following his recovery but for a short time, before he founded CL 9 in 1985, developing the first programmable universal remote control. He also founded Wheels of Zeus, creating wireless GPS technology.

Wozniak's list of honours include the National Medal of Technology from Ronald Reagan. He was inducted into the National Inventors Hall of Fame and The American Humanist Association awarded him the Isaac Asimov Science Award in 2011. In addition, he was awarded the 66th Hoover Medal, won the 2018 Human of the Year Award at The Human Project Summit and in 2017 was listed at number 18 by Richtopia in a list of the 200 Most Influential Philanthropists and Social Entrepreneurs.

Throughout his career Wozniak has positioned himself as one of the most important authorities on electronic engineering, technology and entrepreneurship. His incredible experiences throughout his career, not only with Apple but with innovations in GPS and programming have paved the way for the technology of today.

You can book the extraordinary mind of Steve Wozniak to wow your students at your seminar today.

"Steve Wozniak's session at the 2015 NAMM Show will be talked about for years to come. His unique insights on innovation and creativity inspired the audience to look at their businesses differently. Our members were blown away by his generosity, wisdom and authenticity. He's a living legend, and at the same time, he couldn't be easier to work with. He received a standing ovation like we've never seen at a show." - National Association of Music Merchants (NAMM)

"Thank you so much for everything you have done for us during your stay. The amount of feedback from today's staff session has been phenomenal; - they could not be more excited. Our clients also thoroughly enjoyed the opportunity to engage in open conversation with you. Your honesty, genuineness, passion and great story telling ability wowed everyone and delivered a truly unique experience for our staff and clients alike. You have both been so lovely to engage with over these past few days and made it such a joy to hold this event." - Commonwealth Bank of Australia

"Steve Wozniak was very personable and was very gracious to work with at all events - thank you. People loved it that he handed out his business cards, signed their iPhones and in general was very responsive to any request. On stage, he was quite enthusiastic and a pleasure to listen to - he has great knowledge and that certainly comes across in his responses." - Oklahoma State University

If you need any advice or guidance, or if you have a question about any of the technology speakers on our website, don’t hesitate to give a member of the management team a call on 0203 793 40 42 or send us a message via [email protected]. 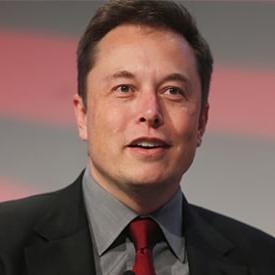 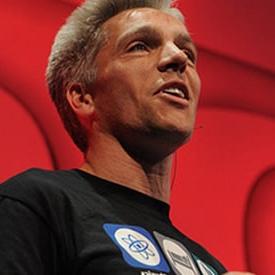 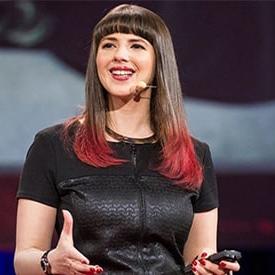