A hilarious event host and endearing on-stage presence, Reverend Canon Alan Haydock is able to effortlessly engage audiences at all manner of events.

Reverend Canon Alan Haydock is an outstanding speaker, stand-up comedian and ambassador of the Church of England. His great charm, warm-heartedness, funny stories and quick wit make him a sought-after entertainer for a range of events.

He is ready-made for charity events and in fact, all of the proceeds from the events that he speaks at go directly to the charities he supports. In his twenty-seven-year jaunt as an entertainer, Revd Canon Alan Haydock has earned over £80,000 for charities and the church through his roles as one of the brightest Christian comedians around.

He has performed for a variety of groups and clients at a cluster of events. He has spoken at the Lancashire, Sussex and Durham County Cricket Clubs. He has spoken for the Cheshire Sportsman’s Society, Belvoir Group W.I., The Society of Construction Lawyers and The Scottish Golfing Society, among others. He is also a regular at rotary dinners, civic dinners and charter dinners.

One of the Reverend’s many happy guests praised his performance in his own way, saying;

“When an elderly cleric (forgive me) stands up to speak, one does not expect to hear a turn reminiscent of Norman Evans or Les Dawson. It was great”

The Reverend Canon Alan Haydock is most definitely a stand-up comedian with an unusual twist. When Alan stands up to share his stories and anecdotes with your audience he doesn’t just amuse, he has your guests and delegates roaring with uncontrollable laughter.

When Reverend Canon Alan Haydock opens his act as the curtain comes up, he holds an audience in the palm of his hand with an utter charm. His true to life stories are infectious and highly entertaining.

Being a keen sports fan, The Reverend Canon Alan Haydock is able to mix banter from two religions – that of the church and that of the football terraces. Alan takes his work very seriously, raising considerable funds for churches in Nottinghamshire and the East Midlands.

Whether you are mulling over charity ball ideas or want something different and inspiring for your corporate events Reverend Canon Alan Haydock is ideal.

Book Reverand Alan Haydock now to front your event by contacting the Champions Music & Entertainment agency via agents@championsukplc.com. Alternatively, speak to a member of the management team directly on 0207 078 78 76. 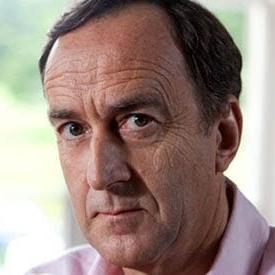 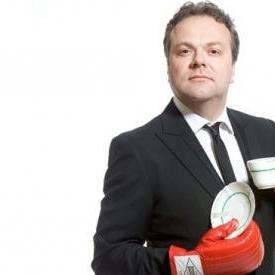