A loveable British comedian and all-round entertainer, Bradley Walsh has made a name for himself presenting The Chase and starring in super-soap, Coronation Street. A likeable and popular figure, Bradley is available to book for corporate events with Champions Music and Entertainment, today.

A star of both stage and screen, Bradley Walsh is an actor, comedian and television presenter who can regularly be found entertaining the nation on some of the UK’s biggest shows.

Bradley is a national treasure who revered for his natural charm and likeability. Since his television debut, presenting the National Lottery in 1994, Bradley has gone on to become an almost permanent fixture in British entertainment. His first acting role came in 2000 in the series Lock, Stock. It was his role as Danny Baldwin in Coronation Street however which really endeared him to audiences. He spent two years in the Salford soap, getting involved in some of the show’s biggest storylines.

Bradley has appeared in Law & Order: UK and Drunk History. He was recently confirmed as one of the new companions on Doctor Who, showcasing the authority and admiration he holds within the entertainment industry.

Bradley’s hilarious personality, off the cuff comments and fun vibe makes for ideal family viewing and he has fronted several family-friendly television programmes including The Chase, Odd One In, Play to the Whistle and Tonight at the London Palladium.

He also regularly delights audiences on stage. Bradley first appeared in pantomime in 1988 and still frequently appears on-stage when the festive season draws in. Most recently, Bradley appeared at Wembley Arena for the pantomime version of Peter Pan, where he took on the role of Captain Hook’s hapless assistant Smee.

Always keen to try new things, in 2016 he made the unexpected move into the world of music. To date he has released two albums, Chasing Dreams and When You’re Smiling. With years of experience in the entertainment industry behind him, Bradley is able to engage audiences at any event he attends.

Before becoming an entertainer, Bradley embarked on a professional football career with Brentford FC< in the 70s and 80s before leaving the game in 1982. He still continues to take part in a range of charity football matches such as Soccer Aid.

There is no doubting Bradley’s acumen as an entertainer and his masterful ability to wow crowds on stage. He can have audiences howling with laughter all manner of events.

Want to book Bradley Walsh to make a personal appearance at your event, function or wedding? Simply contact us by emailing [email protected] or by calling a booking agent directly on 0203 79 340 42. 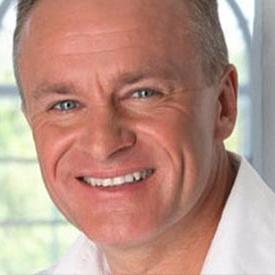