Without a doubt one of the most famous dance duos in the United Kingdom today, Anton Du Beke and Erin Boag have combined decades of professional dancing experience into an incredibly exciting performance.

Often described as the Fred Astaire & Ginger Rogers of the 21st century, Anton Du Beke and Erin Boag are some of the best-known professional dancers in the United Kingdom today. Having risen to fame through their regular features on the country’s favourite television dance show, Strictly Come Dancing, Anton and Erin have been gliding the show’s dance floor for over a decade.

With an impressive track record on Strictly behind him, Anton has appeared in each of the show’s series. His incredible footwork and lovable personality have seen him become the undisputed king of ballroom dancing, blowing away live audiences and television viewers alike. Erin herself is no stranger to the dancefloor either, having acquired years of experience both on and off the show.

Following their appearances on the show, Anton and Erin combined forces to become one of the leading dance acts on the international stage. The duo have toured extensively, giving audiences a chance to witness their show-stopping choreography in action. Their cabaret performances, workshops, team building exercises, tuition and choreography has helped inspire a new generation of dance-enthusiasts, cementing their reputation as icons of the British dancing world.

Over the past several years, Anton and Erin have performed to sell-out audiences, delivering shows like Anton & Erin Cheek to Cheek, Anton & Erin Puttin’ On the Ritz, Anton & Erin Go to Hollywood and Let’s Do It. In 2018, the dance duo embarked on their latest From Broadway to Hollywood Tour, celebrating their tenth nationwide tour.

Performing some of the country’s best-loved songs, including Libertango, Cry Me A River and New York, New York, Anton and Erin have been instrumental in driving classic dance styles forward into the 21st century. Bringing their wonderful dance routines to the masses, Anton and Erin have thus enjoyed massive success performing at corporate events, private occasions and various other types of event entertainment.

Whether your event could benefit from a Tango, a Foxtrot, a Cha-Cha-Cha, a Salsa, a Quickstep, a Charleston or a Jive, this dynamic dance duo is sure to treat you to a star performance worthy of any occasion.

Back to 'Dance Acts'

If you would like to book Anton Du Beke and Erin Boag as the dance act for your corporate entertainment or private event, contact the Champions Music and Entertainment agency via agents@championsukplc.com. Alternatively, speak to a member of the management team directly on 0207 078 78 76. 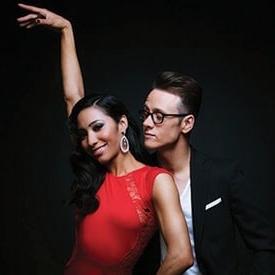 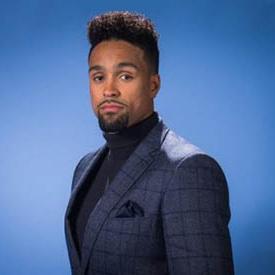