The Vamps are a British pop rock band. They found fame from uploading covers to YouTube.

The Vamps are a British pop rock boy band made up of Brad Simpson, James McVey, Connor Ball and Tristan Evans. They found fame in 2012, after a few months of uploading covers to YouTube, when they were signed by Mercury Records. They began touring alongside McFly on their Memory Lane Tour as a supporting act in early 2013 and it wasn’t long before they were the supporting many popular acts such as Taylor Swift, Little Mix, Selena Gomez, The Wanted, Demi Lovato, JLS and Lawson.

Their catchy debut single Can We Dance was released in 2013 and charted at number two in the UK Singles Chart, the popularity of the song meant that the music video received over a million views in only two weeks. In 2014, their debut album Meet the Vamps released, which charted at number two in the UK and Ireland, shortly followed by a Christmas edition which included new recordings of their songs Somebody to You and Oh Cecilia featuring collaborations with American singer Demi Lovato and Canadian singer Shawn Mendes.

The Vamps announced they were launching their own record label, Steady Records, with Universal/EMI in February 2015. Their first sign ups were the American pop rock band, The Tide and the British band The New Hope Club.

In July 2017, The Vamps released the first part of their third studio album, Night & Day (Night Edition), this includes collaborations with Norwegian DJ Matoma, Danish DJ Martin Jensen and Swedish DJ Mike Perry. It debuted at the top of the UK Albums Chart, becoming the band’s first number-one album. The second part of the album Night & Day (Day Edition) charted at number one on the Official Scottish Albums Chart and number two on the UK Albums Chart.

Following on from their successful pop career, The Vamps went on to release their own version of Kung Fu Fighting which featured in the movie Kung Fu Panda 3.

In total, The Vamps have received 10 rewards included Best British Group at the BBC Radio 1 Teen Awards and Best Group at The Hot Hits Awards. They have also headlined 10 tours around the world.

Not only are The Vamps extremely talented, they also have lovable and cheeky personalities. They deliver a warm and fun performance which will undoubtedly get the whole room on their feet.

If you need any advice or guidance, or if you have a question about The Vamps or any of the music or entertainment acts on our website, don’t hesitate to give a member of the management team a call on 0207 078 78 76 or send us a message via agents@championsukplc.com. 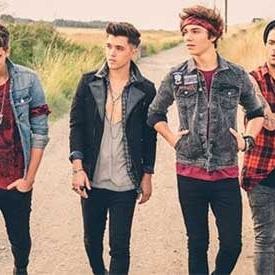 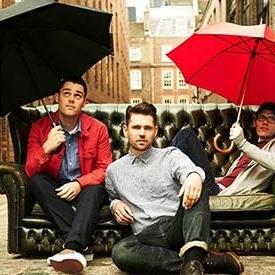 Scouting for Girls A Trailblazing Act in British Pop Rock