Merrill Osmond is a superstar in every way. With an enviable vocal talent and charm, Merrill is one of the most distinguished, famous singer-songwriters in pop culture and country music.

Love Me For A Reason, Crazy Horses, One Bad Apple and Let Me In were all songs that Merrill Osmond lent his voice to as the lead singer of the world-famous music act The Osmonds. The hugely successful band sold over 80 million records during a 50-year career which saw them become a dominating force on the entertainment scene.

47 of those glamorous albums achieved a coveted platinum and gold certification. Merrill has sung lead on 27 gold records, producing and writing the words and music for five number one hit records. As well as being a brilliant singer and multi-instrumentalist, he still produces new music, tours and performs – solo and along with his brothers – to massive audiences in the USA and UK.

An established solo artist in his own right, Merrill moved onto the country music scene while still embarking on tours with The Osmonds. As a soloist and as the lead singer of the Osmond family he has performed arena and stadium tours, and has performed at prestigious venues and festivals across the globe.

Merrill has also worked on the production of the highly popular Donny & Marie Show in the USA, inauguration events for two American presidents, the yearly gala event held by The Hearing Fund UK, of which he is a patron, as well as various series and television specials. There is no doubting his acumen and influence, which have taken him to the top of event entertainment to become one of the greatest singers of all time.

Once voted one of the USA’s ’10 Outstanding Men’, Merrill was also a founding partner of Broadcast International, a specialist in satellite communications for various Fortune 500 businesses. Merrill has been actively involved in charities that have raised $4.7bn dollars for children’s hospitals in the USA and Canada. Merrill uses the strength that his faith has given him to be a superb speaker, presenter and entertainer – all with profound charm and humility that can captivate audiences.

Merrill has flexed his musical muscle on the entertainment scene many times. The ideal performer and the perfect choice for corporate entertainment, private events and any occasions where a significant personality with volumes of talent and warmth is the order of the day - Merrill can entertain unlike any other.

To book Merrill Osmond as the solo artist for your next event, simply contact the Champions Music & Entertainment agency via agents@championsukplc.com or call a member of the management team directly on 0207 078 78 76. 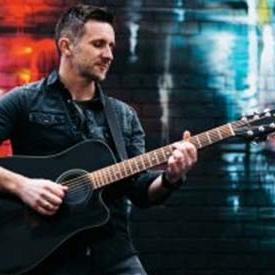