Sir Tom Jones is undoubtedly one of the most famous songwriters ever to have come out of the United Kingdom. Known for his deep, baritone voice, he is widely regarded as one of the greatest songwriters of all time.

Tom's vast achievements in the world of music have seen him sell over 100 million records across the globe and saw him receive a knighthood in 2006. One of the most respected musical acts in the industry today, Sir Tom Jones has enjoyed a colourful career in the world of entertainment. Beginning his musical career in 1963, Tom soon became the frontman for Tommy Scott and the Senators. Gaining themselves a reputation in their native country of Wales, the group performed at gigs all across the country. Eventually, Sir Tom himself was offered a recording contract with the legendary label Decca. One of Jones’ first singles, It’s Not Unusual, became a hit internationally, enjoying chart success both within the United Kingdom and the United States. Not long after, Jones recorded several iconic film themes, including the James Bond film Thunderball and What’s New Pussycat?. Building upon his success in multiple countries, Jones soon came to dominate international charts.

Smash hits performed around this time include Delilah, I’ll Never Fall In Love Again and I’m Coming Home. As a result, he soon came to regularly perform in Las Vegas, where he developed a lifelong friendship with the legendary Elvis Presley. Jones soon also ventured into broadcasting, presenting his very own variety show, This Is Tom Jones. Apart from Jones’ own performances, the show also featured a number of appearances from several notable performers of the time, including Stevie Wonder, Janis Joplin, Shirley Bassey, Liza Minnelli, Ella Fitzgerald and Bob Hope.

In the decades that followed, Jones continued to produce popular hits. Songs like Sex Bomb, You Can Leave Your Hat On, Mama Told Me Not To Come, She’s a Lady and Burnin’ Down The House cemented his position as one of the most famous Welsh singers ever to have graced the international stages. To this very day, Jones’ incredible stage presence has seen him enjoy vast popularity around the world, performing on stages such as the Glastonbury Festival and the Isle Of Wight Festival.

Most recently, Jones’ popularity has soared to new heights through his appearance as one of the most memorable The Voice UK coaches ever to have featured on the show. Appearing on the talent show for several seasons, Jones has continued to amass an increasingly diverse fan base. As a testament to his success, Jones has received a number of coveted awards, including a Grammy Award, two BRIT Awards, an MTV Video Music Award, a Golden Globe Award and even his very own star on the Hollywood Walk of Fame. As a crowning achievement, his success eventually culminated in him receiving a knighthood. Without question, Sir Tom Jones continues to be one of the most iconic UK singers in modern music. His great songwriting skills and unforgettable voice have seen him win over crowds young and old. As such, Sir Tom Jones’ stellar career has made him a thrilling choice for corporate events and music venues alike.

Contact Champions Music & Entertainment to enquire about hiring Sir Tom Jones today. Get in touch by calling us on 0203 793 4042 or by emailing [email protected] now. 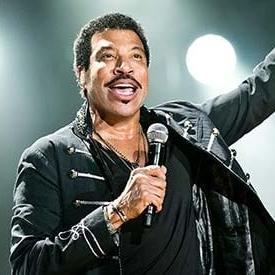