Jonas Blue is a mainstage DJ and critically acclaimed songwriter

Amassing an armoury of platinum-plated hits with almost 7.5 billion global streams and 40 million singles sales to date – certified platinum over 120 times around the world – the 5 x BRIT Award nominee has become a mainstage DJ, pop powerhouse and critically acclaimed songwriter.

With his debut single Fast Car achieving multi-platinum, platinum and gold status in over 20 territories, the Londoner’s follow-up singles Perfect Strangers and Mama enjoyed similar success, lifting Jonas into the spotlight as a truly global superstar.

Having scored one of summer 2018’s biggest global hits with the irrepressible Rise featuring Jack & Jack, Jonas owned the autumn with Polaroid, his long-rumoured collaboration with Liam Payne and Nashville actress Lennon Stella. The success of both hits was sandwiched between his huge collaboration Back & Forth with chart-topping superstar Becky Hill, and Detroit house legend, MK.

Jonas’ stock continues to rise with the arrival of his latest smash single What I Like About You featuring the hugely promising young Danish pop artist Theresa Rex, which is serving as another huge chapter in his impeccable hit-defying career.

Away from the charts, Jonas tours relentlessly around the world, making numerous festival appearances at the likes of Tomorrowland, We Are FSTVL, SW4 and Lollapalooza. Additionally, the hit-maker enjoyed a hugely successful Ibiza residency at superclub Hi throughout summer with additional Balearic performances at Ushuaia and Pacha. 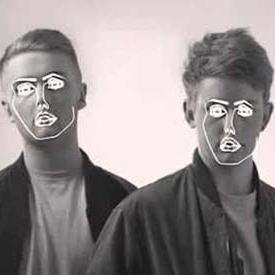