Karl delivers a Freddie Mercury tribute act of momentous quality. He is a true entertainer, with a genuine likeness to the man who left a lifetime legacy as the lead singer of one of the finest, most memorable rock-pop bands in British musical history.

Karl delivers a Freddie Mercury tribute act of momentous quality. He is a true entertainer, with a genuine likeness to the man who left a lifetime legacy as the lead singer of one of the finest, most memorable rock-pop bands in British musical history.

Much like the rock-pop legend, Karl ignites an audience with his flair and vocal command. Queen's outstanding collection and moves around the stage with electrifying energy.

With his band Queen, Freddie Mercury had UK and global hits such as 'Crazy Little Thing Called Love', 'A Kind of Magic', 'Another One Bites the Dust'.

Karl has the range to sing material from Freddie’s own collection and from Queen, giving a high level, hearty vocal performance to ballads, anthems and hard rock. It takes bravery to take the role of a serious superstar such as Mercury, but Karl has the presence of mind and talent to accept that responsibility.

Away from his band Queen and as a solo artist in his own right, Freddie Mercury released various singles, including 'Love Kills', 'I Was Born To Love You', 'The Great Pretender',’ "Living On My Own".

The clothing, the moustache and strikingly high melodies are indicative of Freddie Mercury and those details are not something lost on Karl. He will deliver a flawless, fun-filled performance and is the ultimate choice for party entertainment hire.

Karl has toured around the UK and Europe, pulling audiences to their feet with rock anthems that bring together today’s youth with yesterday’s youth, leaving you somewhere in the 70s or 80s. With 15 studio albums over 20 years, between 1973 and 1995 and a greatest hits album that takes a firm and fair spot among the UK top 10 all-time best sellers there is a huge choice and a great chance to handpick songs.

It may be considered an injustice to describe Freddie and his band, Queen as anything but the best entertainment in Europe. And Karl pays tribute to that legacy in the perfect way to provide an unmissable experience.

He is available for weddings, parties and functions and really pulls together a spirit that kick starts a fast-paced night and one that brings an audience together for a true old-school party.

Back to 'Freddie Mercury'

To book Karl as Freddie Mercury as the entertainment for your next corporate entertainment, party or other function, simply contact the Champions Music and Entertainment agency via agents@championsukplc.com or speak to a member of the management team directly on 0207 078 78 76. 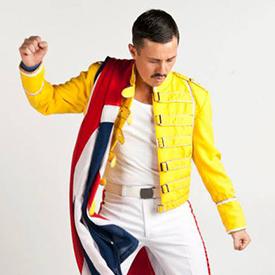 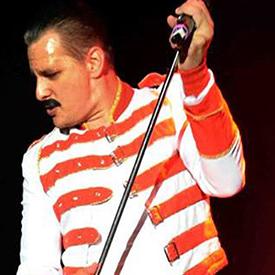 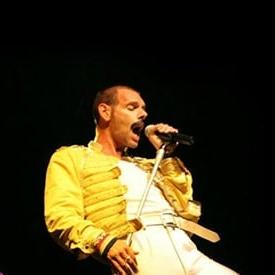