Mitch Corner is a British Gary Barlow tribute. Charismatic and confident beyond his 22 years, Mitch is a brilliant showman, with an already illustrious career. He is a supremely talented singer and a boldly authentic Barlow sound-a-like.

Mitch brings the crowd to the fore with his remarkable intonation and extraordinary magnetism which stirs crowds into a frenzy. His lively performances as a Gary Barlow tribute invariably bring singing and dancing from all four corners of a room.

Mitch started singing at the age of two and joined the Gresley Boys Choir when he was eight – soon enough, he became their main descant singer. He was then introduced to The Little Theatre Company, a Burton-On-Trent based amateur dramatics group, in 2004.

Appearances in productions of Oliver Twist, Scrooge the Musical, The King and I, Summer Holiday, Titanic, and Jekyll and Hyde followed, before being granted bigger roles in the form of Marius in Les Miserables, the beast in Beauty and the Beast, and Jesus in Jesus Christ Superstar.

The next step of Mitch’s fantastic journey led to an appearance in ITV’s Superstar Series, a talent show commissioned by Andrew Lloyd Webber where he reached the final 40 of the competition.

Having performed for the majority of his life, Mitch Corner transferred his talent to a tribute act in 2014 and has since been well known for his gift as a soloist. As well as his capability in providing an authentic depiction of megastars such as Gary Barlow and in forming part of a Take That tribute act.

Gary Barlow himself is a well-loved professional singer and former member of pop supergroup, Take That. His vocals are distinct, his talent as a singer, songwriter and pianist is lauded the world around. He has also become a national treasure through his likeable personality and dedication to organising televised charitable events on a nationwide scale. He is deserving of a tribute and will feel complimented that there is one around as impressive as Mitch Corner.

Mitch will perform Barlow solo hits such as Forever Love and Dying Inside, stunning collaborations such as Sing which he performed with The Commonwealth Band and Face to Face which he performed with Elton John. He brings Take That classics such as Patience, Rule The World and Back for Good. With a comprehensive repertoire of songs, he is available to smash out the hits or take requests or set orders.

Mitch is perfect as a wedding singer. He is available to perform as your wedding entertainment, at the ceremony, breakfast or reception. He is a great choice for parties and corporate events too.

"Mitch is one of the best live singers I have ever seen. He was just amazing. Thanks again." - Mark Burford, Founder, MB Leisure

To hire Mitch Corner as the Gary Barlow tribute, to perform at your wedding, corporate function or private event, simply contact Champions Music & Entertainment at agents@championsukplc.com or by telephone on 0207 078 78 76. 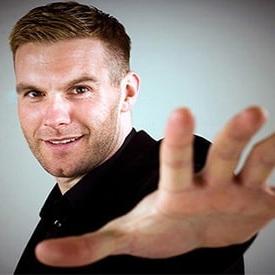 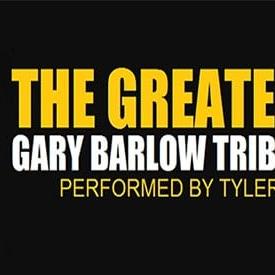 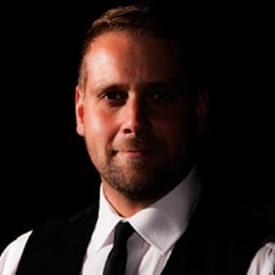