Kings Ov Leon is one of the UK’s leading Kings of Leon tribute bands and a contender for one of the most recognisable in the world. Forming this power group in 2009; their rise has been meteoric, leading to high acclaim and legions of fans in just a few years.

Kings Ov Leon’s show is spellbinding, exhilarating, and 100 percent authentic. These young pretenders have mastered their instruments to bring a blues-inspired southern rock to theatres, festivals, and venues alike. Their set list runs through the entire discography from the EP Holy Roller Novocaine to the Kings of Leon’s latest chart-topping hits.

This band is made up of Mark Eyden, the lead guitarist, a proven talent with a long history of professional success. Mark was signed to the record label Polydor after winning with the band Marlo in BBC1’s Get Your Act Together at a young age, giving this bright star credence. Mark is no stranger to playing to large crowds with a performance in front of 50,000 at Party in the Park.

Dan Eyden, Mark’s brother brings some of the characteristic familial chemistry seen in Kings of Leon and fronts the live band with an incredible voice and prolific songwriting ability. Drummer, Ant Wheeler, has an impressive musical history playing for several bands including the Towers of London and Wilkento.

Liam Coffey is the singer with a long CV of live performances. Featuring for No Quarter as well as other original and cover bands, the singer has the chops to make any stage performance memorable.

This act has seen success time and time again with appearances at Tribfest, Marvellous Festival, the Ministry of Sound, and an O2 Academy headline tour. With all of this exposure, the Kings Ov Leon have been given the blessing of Signal Radio, The Stage, XFM, and the Kings of Leon themselves.

Their combined musical prowess and showmanship give Kings Ov Leon a star-studded strut making any audience awestruck with their talent and execution. Playing a live set list of the Kings of Leon greatest hits is a perfect accompaniment to any corporate entertainment, party, or festival and the Kings Ov Leon are the only choice when considering hiring a tribute band.

"We’re The Kings Ov Leon - with a V, just in case', announced the lead vocalist of this quite superb tribute band. Opening strongly with Sex On Fire, the guys ripped through an awesomely delivered set and the effect was magical. Anyone catching this band cloning the real thing will soon realise that these guys are serious about what they do and, given the popularity of their chosen subject, The Kings Ov Leon must be tribute band market leaders on this showing." - The Stage

"We loved their performance - it was fab!! We’ve had so many positive reactions to them!" - Katie Shepherd

Back to 'Kings of Leon'

Book Kings Ov Leon as a Kings of Leon tribute band for your music festival, private function, or corporate events entertainment email Champions Music & Entertainment agency via email at agents@championsukplc.com. Alternatively, call a member of the management team directly on 0207 078 78 76. 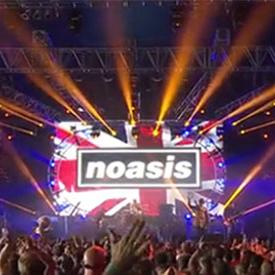 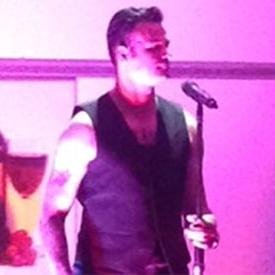