Deborah Meaden is a fierce force of business, evident through her performance on Dragon's Den. Knowledgable, eloquent and passionate about the corporate world, her inspiring keynote speeches are popular amongst a whole host of audiences. For university graduations and lectures, Deborah can turn any event into an occasion to remember.

Deborah Meaden is an England born businesswoman, who made a name for herself as a no-nonsense Dragon on Dragon's Den. With the power to make or break business investments, she remains focused and composed despite tens of thousands of pounds being on the table. Deborah approaches her speeches in a similar nature. Confident and calm, she keeps audiences on the edge of their seats, eager to hear the queen of business tell her story of success.

Deborah has always had an eye for business. She started work leading pony rides on her local beach, so it wasn't until she left Brighten Technical College with a qualification in Business that she first ventured into the entrepreneurial world. Aged 19, Deborah set up a glass and ceramics export agency. When she saw the company coming to a natural end just 18 months later, Deborah turned her attention to her next enterprise; "I consider it a failure to slog on with a business that is going to die sooner rather than later." Deborah later joined her family business running amusement arcades, before investing in Weststar, a holiday provider. When the company was sold, Deborah's share was valued at £19 million.

Since proving herself to be a formidable businesswoman, it is no surprise that Deborah was asked to feature on the third season of Dragon's Den, in 2006. As the only female Dragonat the time, Deborah had a lot to prove. However, she took the challenge with ease, proving that businesswomen had just as much a place in the corporate world as businessmen. Fitting of her appetite for risk but calculated nature, Deborah has invested in nearly 100 businesses, valued at £3.3 million. She is the highest investor on the show.

Deborah later published a book via a ghostwriter, Common Sense Rules, and has even featured in a couple of short films. As a testament to her influential career in both business and the media, she was awarded an honorary degree from the University of Exeter Business School, Staffordshire University, Keele University and Bath Spa University. Deborah discusses her journey to success as a keynote speaker, offering audience tips and tricks to securing business deals, business organisation and when to know your business is going downhill. Eloquent and passionate, Deborah is as entertaining as she is informative, making her a truly enjoyable speaker to witness live.

"“Her rich content engaged even the most senior members of the audience.” - CMI

If you need any advice or guidance, or if you have a question about Deborah Meaden or any of the entrepreneur speakers on our website, don’t hesitate to give a member of the management team a call on 0207 078 78 76 or send us a message via agents@championsukplc.com. 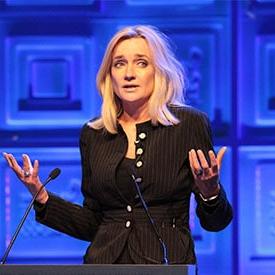 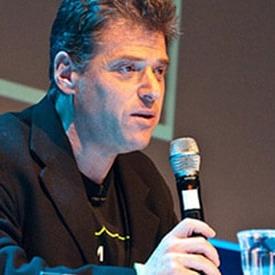 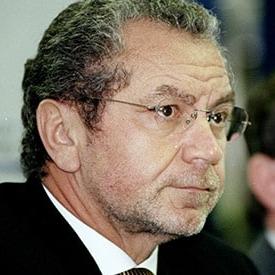 Lord Alan Sugar Star Of The Apprentice and Leading Entrepreneur