Former Shadow Home Secretary Ann Widdecombe is a renowned former politician and politics speaker who enjoyed considerable success throughout her time in the Conservative Party. In a career in politics that spanned 15 years, Ann was in office in a number of key roles.

Having served five terms and spent 23 years as the MP for Maidstone (later Maidstone and The Weald), Ann proved herself a dedicated local MP. In addition to the impact she has had on her local economy, Ann became a major figure in British politics.

Ann is a big supporter of animal rights and was one of the instigators behind the ban on fox hunting. She once moved into a council estate in 2006 to conclude that people in the Islington area 'are still forgotten'. She was described as one of the few 'saints' when the expenses scandal reached the public domain and having spent time as Minister of State for Prisons and Shadow Secretary of State for Health, Ann was always concerned with welfare.

Often controversial, Ann was opposed to abortion, a propagator of a proposed move to prosecute cannabis users with £100 fines, staunchly against LGBT rights, a supporter of the reintroduction of the death penalty for the worst cases of murder and was against legislation aimed at reducing emissions and tackling climate change. All of these topics opened Ann up to significant opposition, as well as significant fanfare, making her career one of the most fascinating in political history.

After a Christian education, Ann spent a period of time as an agnostic before returning to Christianity. She converted to Catholicism from Anglicanism in 1993 and has continued to serve the Roman Catholic church to this day. In 2013, Ann was made Dame of the Order of St Gregory the Great by Pope Benedict XVI for services to politics and public life.

Her life has included a number of appearances on television and the radio. She has taken part in Celebrity Fit Club, an agony aunt TV show in 2005 called The Widdecombe Project, which continued as Ann Widdecombe to the Rescue. She was the guest presenter for popular comedy panel show, Have I Got News for You on two occasions. Ann has also appeared on Strictly Come Dancing and Celebrity Big Brother.

Known for her honesty and integrity, whether she is supported or not, Ann is a wonderfully genuine politics speaker to which she owes much of her success. A fascinating keynote speaker with stories to tell, insight to share and a wide spread of opinions on a base of topics - Ann Widdecombe is the ideal speaker to engage all manner of audiences at conferences and student events.

"Ann received a 100% excellent review. One delegate commented that Ann was the best speaker she had ever heard.” - The Centre for Sheltered/Supported Housing Studies

“Thank you for all your help and advice in booking Ann Widdecombe to speak to our U3A on ‘Life after Westminster’. The afternoon was a great success and the talk extremely entertaining and well delivered. Ann was very well received and appreciated by all the members who attended.” - Hertford & District U3A

Back to 'Political Speakers'

If you need any advice or guidance, or if you have a question about Ann Widdecombe or any of the political speakers on our website, don’t hesitate to give a member of the management team a call on 0203 793 40 42 or send us a message via [email protected]. 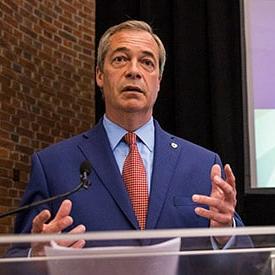 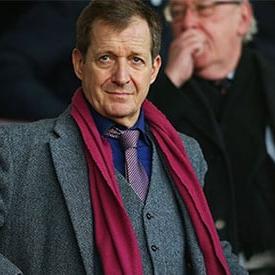