Oasis Vs Blur: The Battle Of Britpop 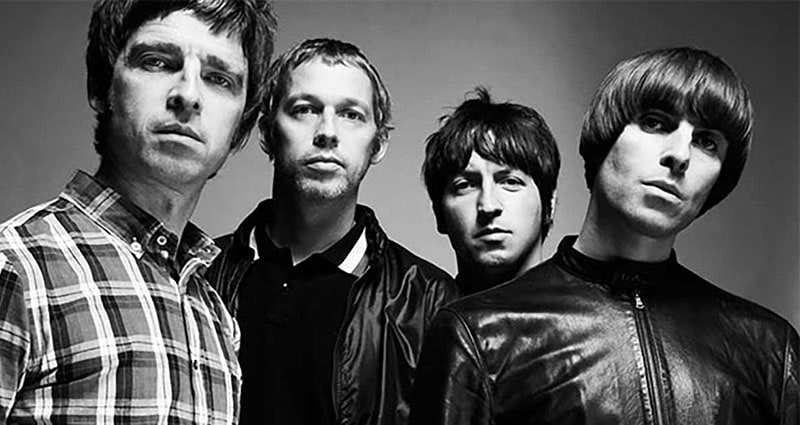 During the early 1990s, a new genre was beginning to dominate the UK music scene as the Britpop era emerged. A whole host of new artists began to appear in this genre which focused on catchy, alternative, rock songs placing an emphasis on the British culture.

Music was not the only focus of the Britpop era, with fashion, art and even politics getting involved, with Prime Minister Tony Blair aligning himself with the movement. The Britpop era was perhaps triggered by the overwhelming amount of American grunge bands who seemed to have taken over the charts in the UK and beyond.

On the back of this, four main bands began to emerge which included Oasis,Blur,Pulp and Suede labelled the ‘big four.’ Two of these bands, Oasis and Blur, were particularly successful and over the years forged a rivalry that was dubbed the ‘battle of Britpop.’ The two bands were constantly vying for top spot in both the singles and albums chart and regularly clashed in the media.

Now, in 2018 the debate continues about who was the best of the two bands, and here at Champions Music & Entertainment, we provide a comprehensive rundown of the ‘battle of Britpop.’

One of the most successful British bands of all time, Oasis were formed in Manchester in 1991 and went on to dominate music for over a decade. The band’s debut album, Definitely Maybe, was released in 1994 and went straight to the top of the UK album chart, selling more than 15million copies worldwide in the process. All seven of the bands studio albums topped the UK charts and they also had eight number one singles during their career.

The band split in 2009 to the dismay of fans all over the world. This breakup came about following a feud between brothers and lead vocalists, Noel and Liam Gallagher which has continued to this day.

Of the many Oasis singles that the band released, these five are generally regarded as their most successful and popular. There have been many fan polls done over the years to discover Oasis’ best song with Wonderwall more often than not coming out on top. Currently the most streamed 90s song on Spotify, the track describes an imaginary friend who will save you from yourself, or in other words a Wonderwall, in the words of Liam Gallagher.

From 1988 to 2003, Blur were unstoppable and Oasis’ nearest rivals on the Britpop scene. Their first album, Leisure, came out in 1991 and despite the Londoners not seeing as much immediate success as Oasis, it did not take long for the band to make an impact. Fronted by Damon Albarn, the group went on to release six number one albums and two number one singles.

The band went on a hiatus in 2003 before returning in 2008 and remain active today. Their last album, The Magic Whip, was released in 2015 and again dominated the charts, topping the UK album chart.

Blur might have seen less commercial success compared to Oasis, but this has not stopped them producing some incredible songs. All of the above songs received fantastic critical acclaim with the track Country House their first ever UK number one. The song focuses on the retirement of a man who wants to escape the pressures of modern day life.

The battle of Britpop

Initially, the two bands had mutual respect for one another and would often praise each other’s work, but the rivalry between them really came to a head in 1995. As it became more and more apparent that the two bands were competing for the genre’s top spot, tensions between them began to brew.

With Oasis coming from the north and Blur from the south of the country, the battle was not just about music, with class, regional divisions and other issues all brought to the fore. The main clash between the two bands occurred when it was revealed that they would be releasing their new singles on the same day. Blur had the edge on this occasion with their track Country House outselling and performing Oasis’ Roll with It in the charts.

However, in total Oasis were more commercially successful than Blur achieving success in the USA, something Blur always struggled with, and seeing their album (What’s the Story) Morning Glory? become the third-best-selling album of all time.

The rivalry between the two captured the imagination of the public and the media, with the bands regularly dominating the front pages of the tabloids as well as magazines such as NME. The Britpop era was so big that Oasis’ two-day gig at Knebworth in Hertfordshire saw a combined 250,000 people attend which remains the biggest ever concert in the UK.

It’s fair to say that we have never experienced a rivalry quite as big as the one between Oasis and Blur since the Britpop era came to an end and we are unlikely to ever see one again. Both bands have brought so much to the music culture in the UK but who do you think is the best?

Here at Champions Music & Entertainment, we have a whole host of incredible acts on our roster who are perfect for all events. For more information call us on 0207 078 78 76 or complete our online form.