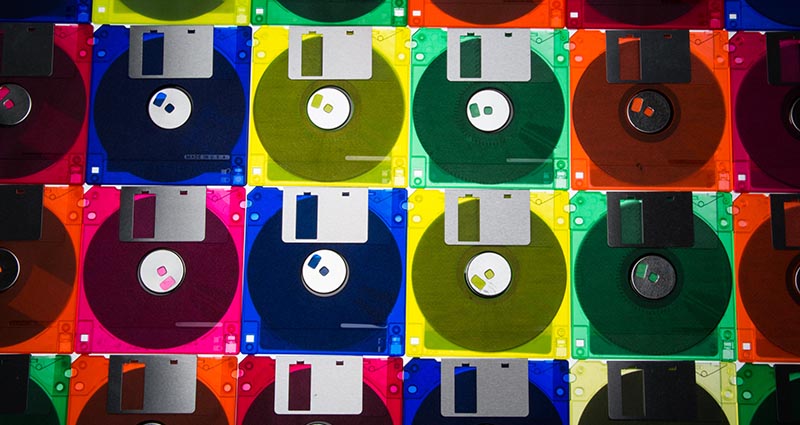 Themed parties are as popular as ever. From film and TV icons to sporting heroes, the possibilities are endless! But one theme that has been standing out from the rest is decade themed parties, which pay homage to the year someone was born, celebrates the fashion sense of a particular decade or turns a corporate event into a night to remember.

Whether you want to travel back to the swinging 60s or the jazzy 20s, an 80s disco or a post-war 30s tea party, decade themed events can be tailored to you. And what better to go with such an occasion than a themed band? Able to embody the style, theme and sound of the decade, your guests will be grooving, jiving, moonwalking, twisting and maybe even breakdancing to 90s hip-hop, all night long.

Also known as the “Roaring Twenties” or the “Jazz Age”, the heightened morale after WW1 shaped the decade into a dynamic, artistic era. An explosion in music, culture, art and liberated clothing choices, makes any party fashioned after the 1920s a night to remember. Whether you are a flapper girl or have a top hat you’ve always wanted to wear, a 1920’s themed party is for you.

To perfectly complement your 1920s theme, why not book The Black Sheikhs? Experts in jazz and soul, this five-piece band embody the smooth musical ability of the era, boasting an impressive line up of saxophones, guitars and drums.

Alternatively, take a look at our other 1920s bands for hire.

Though it is categorised by political unrest and the prospect of WW2, the 1930s was also a decade of the art deco movement, paving the way for heavily stylised outfits. Boasting such characters as Judy Garland’s Dorothy from The Wizard of Oz and Charlie Chaplin, the cinematic influences on the 1930s open opportunities for character costumes.

Book The Pink Champagne Sisters today to add a touch of class to your 1930s themed party. Cherry-picked from the Gatsby era and armed with a jazzy repertoire of songs, their years of experience includes performances at some of the most prestigious venues in the country.

Alternatively, take a look at our other 1930s bands for hire.

After WW2, war-themed music continued to thrive throughout the era, which was distinctly cheerful and jazz-inspired. For 1940s themed parties, there is an abundance of vintage army uniform costumes to pay tribute to the influential women’s land army and saluting soldiers. The decade of swing will have your guests arm in arm, precariously throwing each other around dance floor - just watch for flying kitten heels!

Your themed party deserves a band of 1940s experts, so book King Pleasure and the Biscuit Boys to ensure just that. With hundreds of media appearances under their suspenders, this band of swing musicians are some of the best in the business outside of the USA.

Alternatively, take a look at our other 1940s bands for hire.

Having recovered from WW2, the 1950s was dominated by Elvis Presley, Marilyn Monroe and James Dean. As rock and roll reached its peak, the outfits were tighter and more rebellious than the decades before it. Whether you are a Teddy Boy or a Monroe enthusiast, a poodle skirt and leather jacket is enough to channel to the 50s.

What would happen if Frank Sinatra and Michael Buble ever met? Book Swing Town to find out. Backed by a full 12-piece swing band and dressed in sharp black suits, this pair will turn an ordinary party into a 1950s throwback.

Alternatively, take a look at our other 1950s bands for hire.

The swinging sixties were a time of free-loving and partying until the sun comes up, preferably whilst wearing tie-dye and listening to The Beatles. Big hair and mini-skirts, astronaut suits and rocket ships, the 60s provide a range of decor, fashion and music choices for your party. As long as you can perfect The Twist or The Swim, you will take the dance floor by storm.

As funk and disco grew in popularity, so too did the likes of the Bee Gees and ABBA. It wasn’t uncommon in the 70s to wear your hair tall and teased, and your jeans flared at the bottom, in keeping with the sudden rise in disco music. The era was decorated with bright colours and the emergence of mainstream hip hop, leading to clashing windbreakers and boom boxes.

No 70s themed party is complete without a couple of Disco icons, so book Stayin Alive today! Considered to be 70s superstars, this tribute band pays homage to the incredible Bee Gees, who dominated the 1970s music scene. Don’t miss out on this award-winning act!

Alternatively, take a look at our other 1970s bands for hire.

If there are three things that define the 1980s its Michael Jackson, lycra leotards and Grease Lightning. Bright, bold, brash, the explosion of pop music in the 80s defined the decade's fashion choices and popular culture. Old school hip hop continued to go from strength to strength, until the likes of Run-D.M.C and The Sugar Hill Gang shaped the era into the Golden Age of Hip Hop.

Booking Back to the 80s will do just that, take you back to the 80s! Since founding in 2011, this band has dedicated their musical career to bringing you the biggest hits from the iconic decade. No themed party is complete without their rendition of Wham, Madness and Duran Duran.

Alternatively, take a look at our other 1980s bands for hire.

Denim overalls and hammer pants were the aesthetic of the 90s, whilst R&B, rap and punk rock defined the music scene. Grab your Doc Martens, wear a Jennifer Aniston wig and don’t forget your Tamagotchi, and you will be set for a 1990s themed party. But most importantly, learn the words to MC Hammer’s U Can’t Touch This, because the song dominates 90s playlists.

Reaching superstardom in the 1990s, book Re-Take That to bring the magic of Take That to your stage. From fans of the band to a talented tribute act, one thing is for sure when securing this group - they are as close to the real deal as you can get.

Alternatively, take a look at our other 1990s bands for hire.

If you have a decade themed party coming up, then we have the bands for you. Bring the theme of the era alive by securing one of these talented, dedicated and authentic acts, to give your guests the true 1920s to 1990s experience. Our booking agents will take the stress out of finding the perfect act, so you can focus on perfecting your Stop, Hammer Time dance.

To enquire, contact us by filling in our online contact form or by calling a booking agent directly on 0207 0787876.

Blog Back to the blog...
Related Posts
Five Reasons Why Tribute Acts Are Perfect For Your Wedding
Choosing and Securing Your Dream Wedding Location
4 Things You Should Know If You Booked a Band