A Look Back at The 2018 National Tribute Music Awards 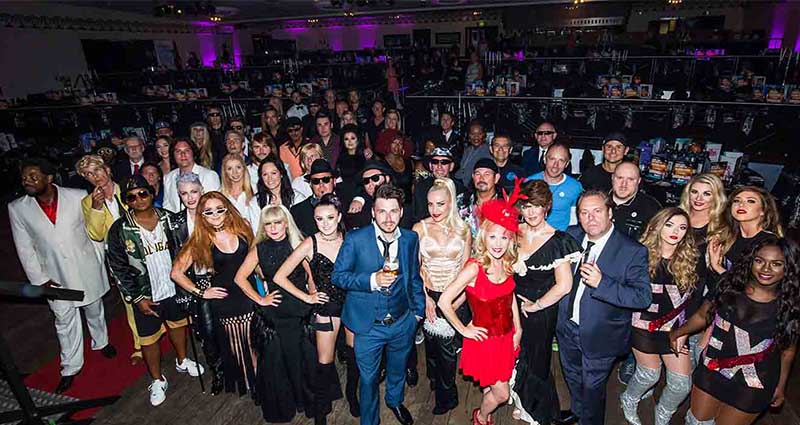 Held each year at the beautiful Athena, Leicester, the National Tribute Music Awards are the benchmark of tribute music excellence. Bringing together many of the most notable names in the tribute industry, the 2018 award ceremony made for a wonderful evening filled with incredible musical entertainment.

Recognising the outstanding achievements of the tribute acts it celebrates, the 2018 National Tribute Music Awards crowned its winners across 14 award categories and saw a string of talented tribute acts grace its stages.

The event’s Best Band category featured a number of talented bands as the award nominees. This year, the star-studded line up included the likes of Green Date, Oye Santana, the Black Eyed Peaz, MacBusted and Hats Off to Led Zeppelin. It was David Bowie tribute band, Absolute Bowie, however, who went home with the coveted prize. In doing so, the band received valuable recognition for their magnificent contribution to the tribute industry.

Throughout the evening, a number of talented tribute performers took to the stage. Blowing the audience away with their energetic performances, the event saw performances from the likes of Little Fix, Rogue Minogue, Ultimate Jess Glynn and many more.

The National Tribute Music Awards also honoured the talent and versatility of the country’s best multi-tribute acts, which included the likes of Julia Martin as Shirley Bassey/Celine Dion and Badness as Madness/Show Waddy Waddy. Having impressed fans of the soul and funk genres, it was Buzz D’Angelo’s James Brown/Prince tribute act that received the sought-after award.

Having honoured an all-star line-up of the country’s best-loved tribute performers, the 2018 edition of the National Tribute Music Awards proved to be the best one yet. With such an incredible array of talented acts to choose from, the event continues to prove that the tribute industry is stronger than ever before.

Check out the National Tribute Awards website or to book one of these amazing acts simply contact Champions Music and Entertainment via [email protected] or speak to a booking agent directly on 0207 078 78 76.