A Round-Up Of The MTV EMAS 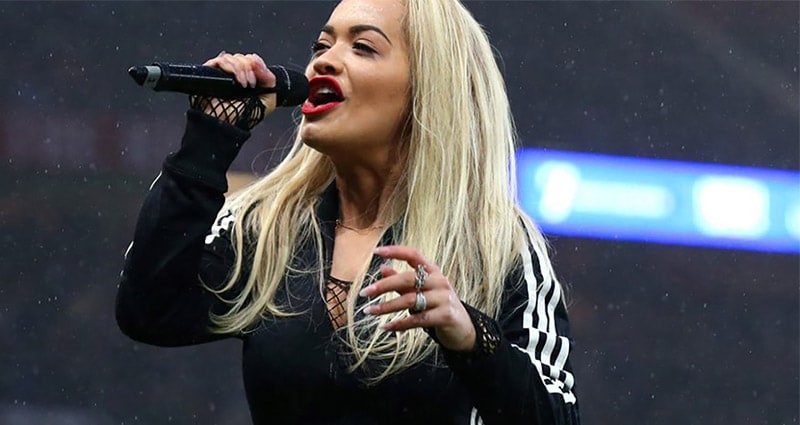 Last night saw the red carpet rolled out and glamorous attire adorned by all for one of the music industry’s biggest and most anticipated nights – the MTV Europe Music Awards.

First launched in 1994, the MTV EMAs have become a pop culture tradition, celebrating the music industry’s most successful and prominent artists.

The UK has had the pleasure of hosting the award ceremony a total of six times to date, with 2017 marking the second time the capital provided the backdrop to this ultra-cool event.

London’s SSE Arena in Wembley welcomed artists and fans all of whom made their own statement on the red carpet.

As with any event of this kind, the evening was equally a showcase of style, and the red carpet looks certainly did not disappoint this year. From Demi Lovato’s daring tartan jacket and trouser combo to Jared Leto’s clash of colours, fashion took centre stage on the night, but nobody made more of a statement than the evening’s host, Rita Ora…

Singer, actress and presenter, Rita Ora has always been playful with her red carpet looks, but the MTV EMAs saw her really push the boundaries. She made her entrance in a white dressing gown complete with a towel turban and of course, diamonds.

She didn’t remain shower-chic all night though, in fact this outfit was just one of 13 changes she made on the night!

While some of her outfits, (she wore a pitchfork as a necklace), may have hit the headlines for the wrong reasons, and are sure to be made into some hilarious memes, her hosting abilities were certainly on point. Confident, funny and relevant, she brought an edge to the night and fans flocked to social media to praise her.

Any event, big or small, lives or dies by its host, and this year MTV got it right with Rita.

If being in the same room as some of the world’s biggest names isn’t entertainment enough, the night also saw a selection of artists take to the stage to perform their latest hits.

Sets came from the likes of Eminem, Liam Payne, Stormzy, Shawn Mendes, French Montana, The Killers, David Guetta and U2, to name but a few.

The Highlights of the Night

Top five highlights from the night…

Voted for by fans, the MTV EMAs celebrate artists across 15 main categories and this year’s winners included:

Best Song – Shawn Mendes (There’s Nothing Holding Me Back)

The next MTV EMAs will take place on 4 November in Spain. The host city of Bilbao will welcome artists to the Bilbao Exhibition Centre for what is set to be another great celebration of pop culture.