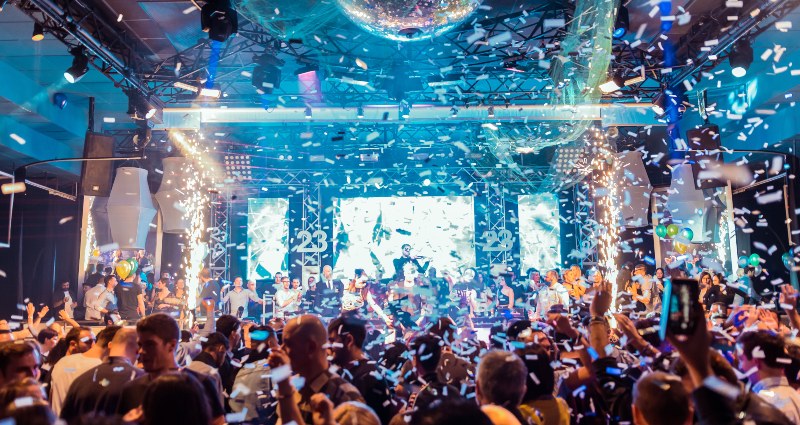 No party is complete without music, and there are few artists as dedicated and talented as pop tribute acts. These musicians have committed their career to their chosen performer, whether that be Justin Beiber or Ariana Grande, to create a true spectacle of music.

At Champions Music and Entertainment, we have a long list of cover bands paying tribute to the music industry's greatest performers. As some of the best tribute bands in the business, your event is in safe hands with one of our acts.

So, before you hire a tribute act, take a look at our top pick of modern pop bands and singers!

This pint-sized pop princess is sure to get any party started. From early beginnings on Sam & Cat, Ariana Grande has gone on to take the music industry by storm, releasing chart-topping bangers. Our Ariana Grande tribute acts have a setlist spanning decades, from recent hits like 7 Rings to age-old classics like Break Free.

Amy Goodall, Ariana Grande tribute singer, is as good as they get. Every single element of her act is perfect, all the way down to her slick back ponytail and winged eyeliner. Amy has excelled in the industry since she first started aged just 18, a true testament to her natural talent.

No stranger to the charts, Bruno Mars is the epitome of pop - and his tribute acts are just as entertaining. Since 2004, his music has become a staple of radio stations across the globe, making Bruno an instantly recognisable figure. It is Bruno's immense popularity and dance-floor filling tunes that make our tribute acts so successful.

Stylish, energetic and talented, JJ Gibson's Bruno Mars tribute act is one of the best available. Every single one of his performances are flawless, thanks to JJ's choreography that has been perfected over multiple years. Give your event the vibrant flair it deserves with JJ Gibson as Bruno Mars.

A recent star on the music scene, Dua Lipa is making waves with her pop-infused hits. She released her eponymous debut album in 2017, which was immediately met with critical acclaim and praise from fans. A rising name in the music industry, our Dua Lipa tribute acts perfectly encapsulates her fresh vibe.

From her choreography to her costumes, Ultimate Dua Lipa is not just a tribute singer but a convincing lookalike too. Her act has been fine-tuned over the last three years, despite Duo Lipa's relatively new fame, making Rachel Fuller both relevant and talented. Ultimate Duo Lipa is no stranger to the stage, having already performed at several elite venues.

X Factor stars, Little Mix, have the energy and expert skill to win over audiences of any demographic. With millions of singles sold internationally, it is no surprise that the band became the first girl group since the Pussycat Dolls to break into the American Billboard Charts Top Five. Our Little Mix tribute acts can bring the same "Black Magic" to your event.

Winners of the Best Little Mix Tribute Bands at the National Tribute Music Awards, Little Fix are as close to the real deal as they come. Completely capable of recreating their greatest hits, including DNA and Wings, their act is perfect for audiences of all ages. These girls are both professional and entertaining.

Since being discovered on Youtube aged just 13, Justin Beiber has achieved Platinum certification 12 times. Justin has sold over 100 million records in just the US, a testament to his worldwide domination of the music industry. Capture the fan-mania of the pop prince himself with our Justin Beiber tribute acts.

If you want a Justin Beiber tribute singer, then look no further than The Justin Bieber Experience. Fronted by an unmistakable lookalike and choreographed by Yasmin Doak, the group can even come equipped with backing dancers for the complete experience. Armed with the latest pop hits, no event is complete without this cool Beiber tribute act.

Need entertainment for a corporate event or private party? We have the tribute acts for you. To book one of these talented performers, simply call 0207 078 78 76 to speak with a member of our expert team, or email us at agents@championsukplc.com and we will get back to you.

Blog Back to the blog...
Related Posts
Five Reasons Why Tribute Acts Are Perfect For Your Wedding
A Look Back at The 2018 National Tribute Music Awards
Tribute Acts: Just Jessie