The Best X-Factor Contestants to Hire in 2022 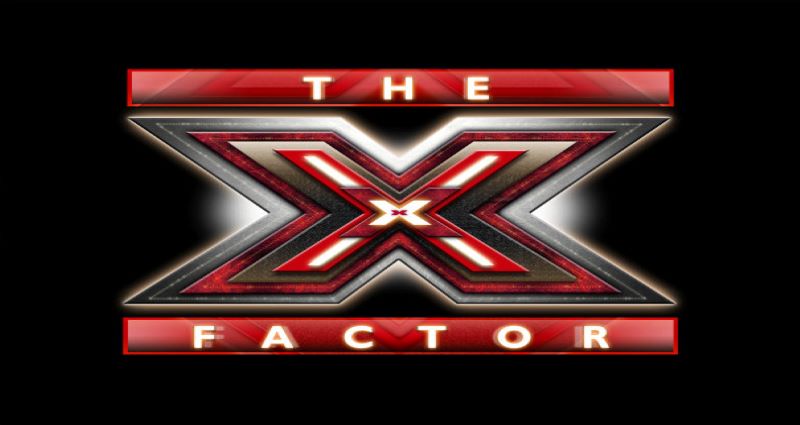 Storming the stage with their iconic auditions, larger than life personalities and dreams of stardom, X-Factor contestants have provided the world with top-quality entertainment since 2004. We at Champions Music & Entertainment have partnered with some of the biggest popstars to have competed on the show and have compiled a list of the top contestants, available to hire for events, parties, and conferences. With their confidence and noteworthy vocals, these X-Factor contestants will impress an audience of any size.

The Top 10 X-Factor Contestants to Book

Stealing the hearts of the nation, Sam Bailey blew The X-Factor audience away with her performance of Beyoncé's 'Listen', receiving a standing ovation. Sam has flourished in her music career since becoming the first ‘Over’ in eleven years to win The X-Factor. Now showcasing her voice in musicals, Sam has featured in Chicago, Fat Friends – The Musical and Vampires Rock Tour. As a star in the industry, Sam will shine at any event.

An actor, singer and songwriter, Joe McElderry is a multi-skilled performer. Crowned winner of The X-Factor in 2009, Joe stunned audiences with a hair-raising duet with George Michael. Following his unforgettable act, Joe went on to sell over 100,000 copies of his popular cover of ‘The Climb’ within the first day of release. Since his X-Factor success, Joe has released chart-topping albums, embarked on several tours, and featured in many pantomimes, showcasing his talents. As a man of many talents, Joe is the perfect entertainer to book.

“His sense of humour and total connection to the audience captivated everyone from the start and with an incredible voice to boot, this young man was simply born to entertain. McElderry doesn’t just sing a song, he performs it with feeling.” – Lorna

Making history as the first-ever boy band to win the popular series, Rak Su are an original R&B and hip-hop group. Consisting of four friends, Ashley Fongo, Mustafa Rahimtulla, Myles Stephenson and Jamaal Shurland, the band are skilled vocalists who have produced countless contagious hits. Their 2018 hit ‘Dimelo’ featuring Naughty Boy and Wyclef Jean reached No.2 in the singles chart, paving the way for their unique, soulful sound and fusion of genres, such as afrobeats and Latin-pop. With their natural talent, Rak Su are the best boy band to wow your audience.

“I think you’re just a breath of fresh air. Your music always picks me up whenever I listen to it and it’s so infectious, it feels like it’s what pop needs” - Pip, Entertainment Focus

Both a reality star and solo artist, Jake Quickenden has graced the screen with his talents. Featuring on The X-Factor twice, Jake progressed through series nine and eleven, winning a spot on Nicole Sherzinger’s team and later Mel B’s. As a Jack-of-all-trades, Jake has released music videos displaying his acting skills and his musical talent, like in his album, New Chapter. Jake’s infectious personality will captivate an audience of any size.

“There is no denying Jake Quickenden’s talent, successfully auditioning for the X Factor twice is a feat in itself” – Marcus

Known for her authenticity and leading musical influence, Fleur East is a radio presenter, rapper, and singer-songwriter. Fleur launched her solo career in 2012, recording with dance artists, such as Drumsound & Bassline Smith and DJ Fresh. Establishing her career, Fleur reappeared on The X-Factor in 2014, finishing in second place as the first contestant ever to reach number one on iTunes during the competition. Fleur’s extensive career in the music industry makes her highly sought after, book her today for your event!

Fleur's Most Popular Songs Are:

Breaking records after her X-Factor triumph, singer-songwriter Alexandra Burke won the fifth series of the British television series. She stunned the masses with her cover of Leonard Cohen’s classic, ‘Hallelujah’, selling over 1000,000 copies in one day. Alexandra went on to produce best-selling albums and huge hits, such as ‘All Night Long’ and ‘Bad Boys’ featuring Flo Rida. She’s a gifted vocalist, singing songs of praise, R&B and dance-pop. As one of the country’s finest singers, Alexandra will provide a show to remember.

JJ Hamblett is one of the founding members of the sensational pop act, Union J. After rising to fame with a successful audition, the group reached fourth place in the semi-final of The X-Factor 2012. Making an impression with his distinctive voice, JJ achieved four UK Top 10’s during the band’s time, including ‘Carry You’ at number six and ‘You Got It All’ reaching number two. Now a solo artist, JJ has a superb vocal ability and natural talent, book him today for private or corporate entertainment.

JJ Is known to Perform the Following Hits:

Reaching the final live stages of the show, Laura White was a fan-favourite on The X-Factor. Now a Grammy-Nominated Singer-Songwriter, Laura is an incredible vocalist and pianist. She has penned songs for many artists across the world, including co-writing and featuring on Galantis’ Top 20 hit, ‘Love on Me’. As a renowned artist with a natural talent, Laura has worked with many other well-known musicians, such as Emeli Sandé, Ms Banks, Bugzy Malone and Naughty Boy.

"Laura White is one of those artists you speak with who instantly put you at ease, you feel as if you are catching up with an old friend. We’ve been fans of Laura for many years since she was in the X Factor" - Kelly

Making it to the final of the tenth series of the show in 2013, Nicholas McDonald is an accomplished singer and songwriter. Later signed to RCA Records, Nicholas released ‘In The Arms of an Angel’ in 2014, with a selection of popular covers performed on the show and three of his own original tracks. His album reached number six on the UK Albums Chart and number one on the Scottish Albums Chart. Nicholas is a successful performer, creating a name for himself on the corporate and private events circuits.

Ché Chesterman is a solo artist, soul singer, and songwriter. As the youngest member in Nick Grimshaw’s ‘Boys’ category, Ché did not allow his age to hold him back. Making it close to the end of the 2015 series of the show, Ché won third place after battling the likes of Reggie ‘N’ Bollie and Louisa Johnson for a place in the final. Grounded in his musical career, Ché is available to book as a performer at any kind of event.

"He’s got an excellent voice. He is one of the more dynamic performers that we’ve had a chance to see." - Sean

What Kind of Music Do They Sing?

Ranging from soul sounds to dance-pop hits, our official list of the best X-Factor contestants covers a variety of genres. These acts are available to book for any music taste and for events including corporate parties, weddings, festivals and more.

How Much Does an X-Factor Contestant Cost to Book?

It depends on their experience and personal preference. The best way to find out is to contact a booking agent.

How Do I Book An X-Factor Contestant?

To book an act with the X-Factor, give a member of our management team a call on 0203 793 40 42 or contact a booking agent via [email protected]

> More posts by
Blog Back to the blog...
Related Posts
Top 10 Britain's Got Talent Contestants To Hire For Your Event
5 Reasons Why You Should Book A Talent Show Winning Act
The Best Party Bands for Corporate Events in 2022