Joe McElderry is an actor and singer-songwriter, best known for winning the sixth series of the X Factor in 2009. He was also the winner of the second series of Popstar or Operastar and the first series of The Jump.

Born in South Shields, England, he attended South Tyneside College before Newcastle College to study for a BTEC National Diploma in Performing Arts. Initially, Joe auditioned for the X Factor in 2007. He made it through to boot camp but then made the decision to leave on his own accord due to his young age. He came back fighting, auditioning again in 2009 with Luther Vandross's Dance with My Father. Having been mentored by Cheryl Cole, he sailed through to the live final and was announced as the winner of the series ahead of runner up Olly Murs. Soon after The X Factor, Joe's debut single The Climb was released through Simon Cowell's Syco Record Label.

Over 100,000 copies of the single were sold on the first day and it topped both the UK and Ireland Singles Chart. He later recorded his debut album Wide Awake which released in 2010. A performance Joe delivered at the National Student Pride in Brighton attracted ITV to his talent and they approached him about joining the cast of the second series of Popstar to Operastar, which he accepted. His coaches Rolando Villazon and Katherine Jenkins helped him to win the series with 77.1% of the final public vote.

This lead to the release of Joe's second album, Classic, with Decca Records which includes many big ballad songs. Due to the success of Classic and the fact that it certified gold just ten days of its release, Joe followed it up with a Christmas album named Classic Christmas. He has since made appearances on stage in a production of Cinderella at the Beck Theatre, The Who’s Tommy at the Opera House Theatre and gone on a 50 date Set Your Soul Alive tour.

He was also selected for the lead role in the Andrew Lloyd Webber's and Tim Rice's musical Joseph & The Amazing Technicolour Dreamcoat. Joe has performed seven tours in total, he has also participated in a charity single Everybody Hurts in aid of the Haiti Earthquake as well as performing at the Festival of Remembrance and taking on the Great North Run half marathon in order to support the Teenage Cancer Trust. Joe McElderry is known for his variety of talents, as he won the Variety Silver Heart Award in 2013. He is amazingly talented in performing musical theatre, pop and opera style ballads.

He is ideal for a variety of corporate or music events.

Contact Champions Music & Entertainment to enquire about hiring Joe McElderry today. Get in touch by calling us on 0203 793 4042 or by emailing [email protected] now. 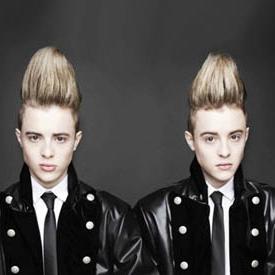