Glam Rock is a style of Rock music that emerged in the UK in the 1970s, characterised by outrageous makeup, costumes and hairstyles. With Glam Rock musicians often sporting platform shoes and glitter, the music charts were dominated by Glam Rock from 1971 to 75. Often thought to have been started by Marc Bolan after he appeared on Top of the Pops shrouded in glitter, many famous musicians have performed Glam Rock – such as David Bowie, Slade, Elton John, Freddie Mercury and Rod Stewart. Book a Glam Rock tribute with Champions Music & Entertainment today to transport guests back to the Glam Rock days of the 1970s!

Emerging in the early 1970s, Glam Rock, otherwise known as Glitter Rock, is a genre of Rock categorised by outrageous outfits, daring makeup, platform shoes and lots of glitter. Starting in the UK, Glam artists took influence from different music sources, like Bubblegum Pop and Rock ‘n’ Roll, to produce a unique, powerful style of music. Glam Rock relies on visual stimulation, with animated performances and outrageous onstage personas. Here at Champions Music & Entertainment, we have a plethora of Glam Rock tributes for hire, all who pay homage to some of the 1970s most iconic Glam Rock musicians. Book a Glam Rock tribute from our roster of Glam Rock acts for hire today! 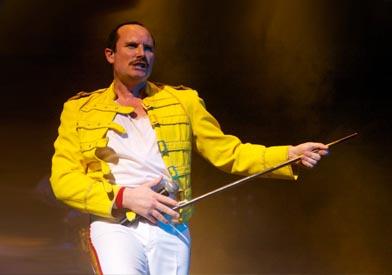 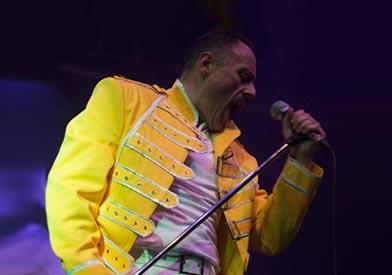 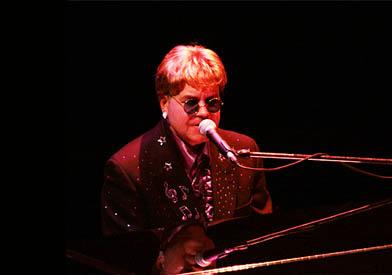 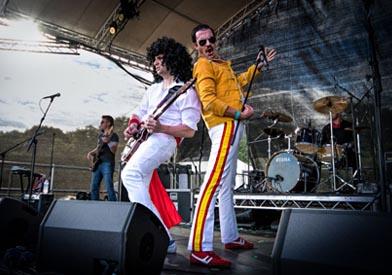 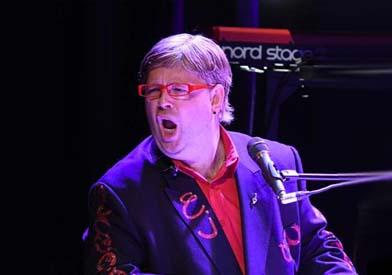 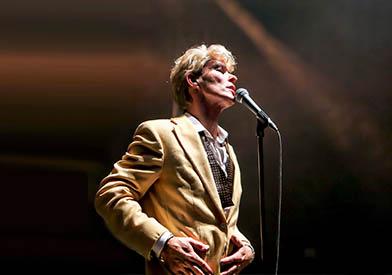 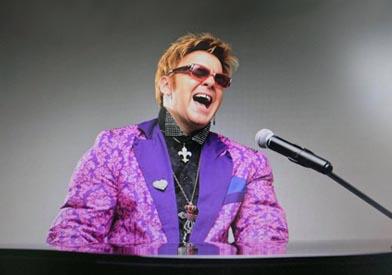 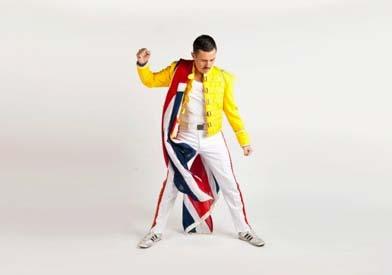 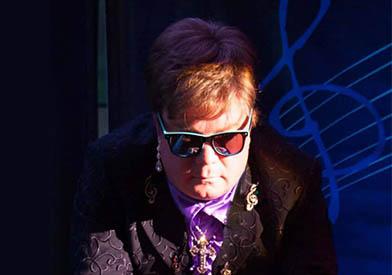 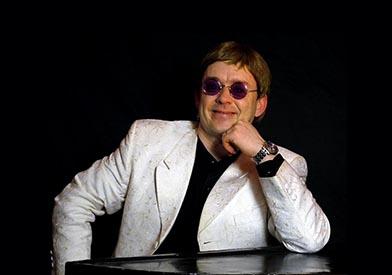 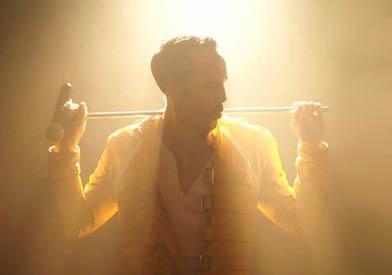 From Elton John to Freddie Mercury and David Bowie, our roster of Glam Rock tributes transport guests back in time to the 1970s with platforms, outrageous hairstyles and makeup, glam outfits and lots of glitter! If you are looking to take guests on a journey back in time, our Glam Rock tributes are the perfect addition to events of all kinds, whether that be a party for a Queen enthusiast or a 1970s themed evening.

What Is Glam Rock?

Glam Rock is a subgenre of Rock, which is characterised by outrageous hair, makeup and outfits often covered in lots of glitter. Originating back in the 1970s, the genre dominated the charts from 1971 to 1975 and was believed to have begun after Marc Bolan made an appearance on Top of the Pops in glitter and silk clothing. Since its creation, many iconic musicians have secured Glam Rock hits - including the likes of David Bowie, Elton John, Freddie Mercury and Rod Stewart to name but a few.

Contact Champions Music & Entertainment to enquire about hiring Glam Rock today. Get in touch by calling us on 0203 793 4042 or by emailing [email protected] now.