Having delighted audiences across the country as part of Britain’s best-loved television talent show, Sam Bailey is widely known for winning the 2013 edition of The X Factor.

Sam Bailey was born in Bexley, East London. Growing up, she enjoyed singing for her friends and family but never believed she was destined for stardom. When she was younger, Sam entered talent competitions but always wanted to impress people by herself, rather than being talked up by family and friends. However, her family did have a major influence on her musical career - her grandfather was a singer in a group called ‘The Four Vinos’ and her father was also in a band and she was often in the company of musicians. One of her earliest success stories was winning a ‘Search For A Star’ talent competition in Crayford Town Hall, Bexley as a 16-year-old. She went on to attend Bexley Arts College and Dartford’s Miskin Theatre to further develop her talent. Though singing was a passion, Sam admits that her first love in life was football. She played professionally for a number of clubs including Millwall Lionesses, West Ham, Crystal Palace and London Women. Before she stole the hearts of the nation by winning the tenth series of The X Factor at Christmas 2013, Sam worked as a prison officer at HM Prison Gartree as well as performing on cruise ships, in clubs and at music festivals for several years.

Despite her obvious nervousness during her first X Factor audition, she blew the judges away with her rendition of Beyoncé’s ‘Listen’, receiving a standing ovation and leading Gary Barlow to describe her voice as “incredible”. Under the mentorship of Sharon Osborne she became a clear favourite on the show, dazzling audiences and judges alike with her stunning voice and natural stage presence. She received more than a million votes over the course of the final weekend and was crowned the winner of the show. Following her triumph, her debut single, ‘Skyscraper’, reached Christmas number one and her debut album, The Power of Love stormed to the top of the UK album charts in 2014. She was also a support act for Beyonce’s tour the same year, performing with the pop icon in Birmingham. Sam is truly one of the most talented performers in the music business and embarked on her first-ever headline tour in 2015 which sold-out venues and received rave reviews. In 2016 she was cast as Mamma Morton in Chicago and released her second album Sing My Heart Out, which charted in the UK top 40 and saw her go on her second UK tour. Sam also toured as part of the Butlins Pop Tour in the summer before starring as Queen of the Flower of Fairies in Jack and the Beanstalk in the Christmas Pantomime.

Two years later it was announced Sam was cast as Betty Simpson in Fat Friends The Musical and she appeared in the Vampires Rock Musical Tour. She was also a part of “Stronger Together”, a musical project aimed at supporting members of the LGBTQ+ community living in Chechnya. Sam released the new single Bleed Red in the July of 2016 and her song Wonderful was included in the soundtrack of High Strung: Free Dance. She also toured for a third time, wowing sell-out audiences across the UK. During the Covid-19 pandemic, Sam worked with a number of other celebrities including Frank Bruno, Kellie Shirley and Anne Hegerty to raise money for both Action for Children and the Alzheimer’s Society. The group called The Celebs recorded a cover of Merry Christmas Everyone, which charted at number two on the iTunes Pop Chart and the music video was debuted exclusively on Good Morning Britain.

More recently Sam signed with Saga Entertainment and released a cover of Black Velvet, originally sung by Alannah Myles. The song reached number one on the Amazon Chart and number three on the iTunes Rock Chart. In 2021 she partnered with artist Steven Brown to create Tommy McCoo, an art project aimed at raising awareness of autism and funds for the National Autism Society, after her son Tommy’s diagnosis in 2020. She was also cast as Mrs Potts in Disney’s Beauty and the Beast the Musical, where she wowed audiences across the UK and will continue to do so throughout 2022. Sam lives in Leicester with her husband Craig, and their three children - Tommy, Brooke, and Miley. She is looking forward to embarking on the next stage of her career with many exciting new opportunities ahead of her.

"Sam was extremely easy to work with and was incredibly laid back, happy to mingle with the audience too. Her voice is just flawless and she completely wowed the crowd. It was a pleasure to have Sam at our event and we hope she enjoyed it too!" - Alice, Nomura

"Sam Bailey brought the house down at our event. She was witty, engaging and charming and sang like an absolute angel. Her finale was stunning and people are still talking about her performance weeks later. Sam is a must-book for any event!" - Philip, Polofest

"Sam Bailey wowed the crowd at Polofest. There are lots of powerful voices out there but you need to see Sam live to truly appreciate the spine tingling beauty of hers. Not a stereotypical Diva – she had the audience in stitches with tales of her hairdo woes, family life and chips before flooring them with THAT voice. A true star and I can’t wait to see her again!" - Mike, Polofest

"Sam Bailey performed a most amazing set at Polo Fest, where does that incredible voice come from? I'm sure she didn't need the microphone! Not only was she extremely engaging and entertaining in her own performance, she was truly professional, fun and friendly throughout the day towards her audience, other artists and the event organisers. Nothing was too much trouble for this lovely lady who made sure she spent time going round the festival site, chatting to everybody and posing for selfies." - Alexandra, Polofest

"Sam was amazing and completely smashed her performance. Our guests loved her and so did we, thank you so much. Safe to say, Sam is 5 star as far as we are concerned." - Irene, Paul Strank Roofing Ltd

"Sam Bailey's show was first class! Sam was fantastic & sang her heart out as usual! The band were tight & played a blinder & Holly & Rob did her proud on backing vocals. They thoroughly enjoyed it! We've had great feedback from our guests both verbally & on social media, so all in all it was a cracking night." - Adrian, Bunn Leisure

Contact Champions Music & Entertainment to enquire about hiring Sam Bailey today. Get in touch by calling us on 0203 793 4042 or by emailing [email protected] now. 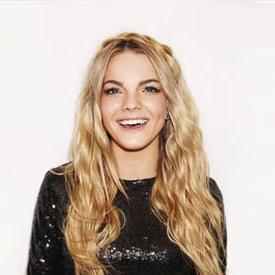