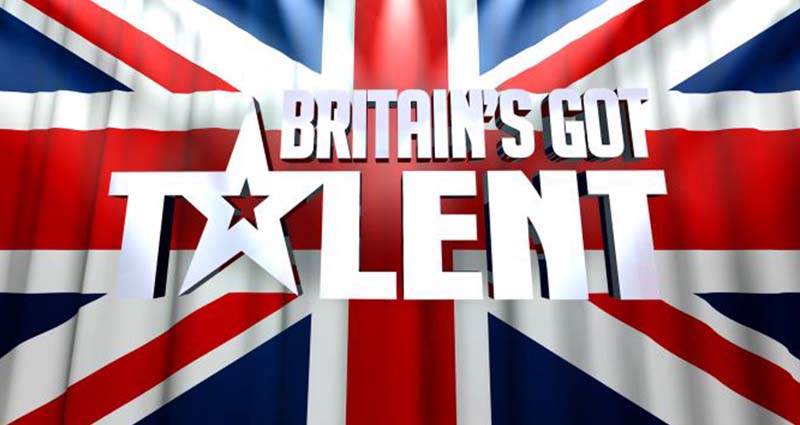 Britain’s Got Talent 2020 has certainly been different. Between a replacement judge and the Covid-19 pandemic preventing a live audience, it looked on the surface to be a completely different programme. However, BGT’s entertainment value was embodied by this year’s contestants, which consisted of magicians, singers and dancers. Originally filmed in April, and brought back in October, the acts had spent the entirety of lockdown perfecting their performances – and it certainly showed.

Despite the series adapting to the current crisis, one fact about Britain’s Got Talent remained the same, there could only be one winner!

Described as “wonderful” by Simon Cowell and “one of the best” by Amanda Holden, Jon Courtenay has been a clear favourite on Britain’s Got Talent since he auditioned in Spring. Reminiscent of the late great Victoria Wood, his touching yet hilarious original songs sealed the deal of Jon’s success, earning him over 30% of the public’s vote.

From earning Ant and Dec’s golden buzzer to winning the final of BGT 2020, Jon has proved that a heart-warming sentiment goes a long way in times of need. His final song paid homage to the little joys that have kept the British public fighting during the COVID-19 pandemic, moving millions of viewers at home. So, what is next for this natural showman? A 2021 nationwide tour! Where he will continue to grow his sparkling reputation as an entertainer.

If you wish to book Jon Courtenay for your upcoming event, simply contact Champions Music & Entertainment to find out more!

Who were the 2020 Britain’s Got Talent Finalists?

Nabil Abdulrashid is a comedian like no other. His unapologetic approach to racism, culture and self-identity empowered viewers of the final, despite his set garnering controversy for being “too political”, a testament to Nabil’s bravery. As Alesha Dixon’s golden buzzer, audiences had high expectations for this incomparable comic, and he certainly delivered. Considering Nabil’s success on the show, he is sure to build upon his already thriving professional career and continue to entertain large audiences.

Jade, her brother Christian, and their choir of talented singers left not a single dry eye in the house on BGT. Since Jade learnt sign language and taught it to her brother who was unable to communicate, the act has become a symbol of hope for the disabled community and their families. In the BGT final, the Sign Along with Us Choir proved the power of inclusivity with their moving rendition of Miley Cyrus’ The Climb.

Damien O’Brien’s set revolved around the idea of memories. Using Amanda as his glamorous assistant, he blew her away with his classic card trick turned social media experiment. Damien transported the corner of a card to his Instagram account, then behind Amanda’s mobile phone case, amazing audiences. Few can deny the majesty of a magician, and Damien is a cut above the rest.

Despite his age, young magician Aiden McCann soared through to the BGT finals in 2020, thanks to his outstanding talent and charm. The 10-year-old forged a friendship with David Walliams on the show, who was the star of Aiden’s final performance, and the pair performed a spectacular feat of mentalism. Considering Aiden has already wowed the rich and famous of Hollywood and appeared on The Ellen DeGeneres Show, his magic career has only just begun.

As the only dance act in this year’s final, Aaron and Jasmine needed to put on the performance of a lifetime – and they did. Spinning and flipping behind a ring of fire, their gold costumes sparkled under the studio lights, while their aerial acrobatics captivated audiences. Whether they are choreographing on Strictly Come Dancing or performing their own routines, this explosive dancing duo will be in high demand on the booking circuit.

Aaron & Jasmine are the perfect entertainers for your next event.

The Lancashire local gave an outstanding performance at the BGT 2020 finals. Jasper Cherry made “the unthinkable drinkable” with his magic act, turning orange juice into milk and then into a strawberry milkshake, with just a single white carton. The audience and judges were stunned into silence, before Jasper’s quick wit brought them back down to earth! Despite being only 14, Jasper is a spell-binding magician with a long career in entertainment ahead of him.

With Steve Royle at the BGT final, every single member of the audience was in stitches with laughter. Making light of the talent show’s new format and wall of viewers, he bounced between riddles and topical jokes, holding his audience’s attention. Between juggling “bowling balls”, falling off the stage and Irish dancing, Steve had Amanda Holden giggling uncontrollably. He brought the magic of slapstick to the ITV stage.

Feature top comedian Steve Royal at your next event.

Street magician and dancer, Magical Bones, combined his two loves in life at the BGT final, to enthral audiences. Stepping inside of a wooden box, the music building, his poignant routine ended with Magical Bones completely disappearing, and reappearing on the other side of the stage – still in the wooden box! With an expression of utter disbelief, the judges cheered Magical Bones’ final performance.

Book Magical Bones to blow your audience away.

The father-son duo, James and Dylan Piper, performed their final act from the comfort of their bedroom – or did they? While holding a closed envelope, the pair asked the judges a series of personal questions, questions that James and Dylan could never know. Despite this, their envelope revealed the judge’s exact answers. Their touching message highlighted the importance of family during the COVID-19 pandemic, complete with a reunion of the Piper’s at the end of their performance!

If you require a talent show finalist, contact Champions Music and Entertainment via [email protected] or call us directly on 0203 793 40 42.

> More posts by
Blog Back to the blog...
Related Posts
Top 10 Britain's Got Talent Contestants To Hire For Your Event
10 Of The UK's Best Music Venues