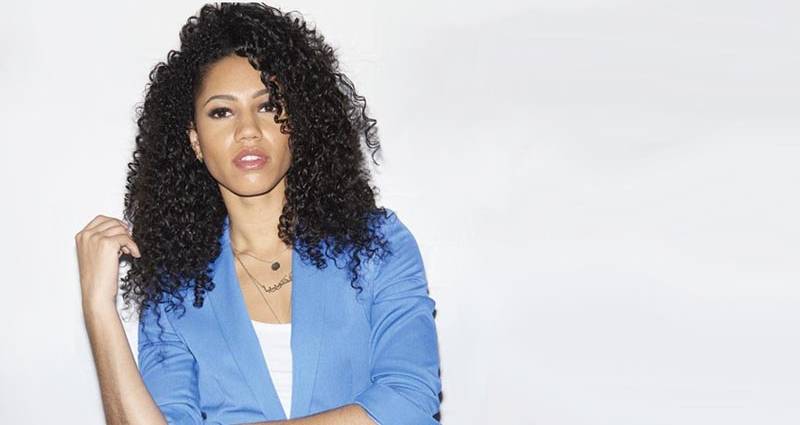 To celebrate momentous achievements and occasions, a talented host is needed. Here at Champions Music & Entertainment, we have an abundance of charismatic personalities, ideal for presenting and hosting. We have created an official list of the top 10 award hosts, making your choice refined to the best available. Have a look at the best hosts to book for your event!

Resident DJ and BBC Radio 1 presenter, Chris Stark is a popular celebrity host and entertainer. Effortlessly mixing music at events, Chris knows how to adjust to any audience. The famous presenter has been in the media industry since 2012, hosting the likes of Radio 1’s Innuendo Bingo and Loving the Trolls. With his naturally funny personality, Chris is an ideal host for your event!

Jason Manford is an actor and comedy sensation. Since touring the UK with his stand-up comedy, Jason has featured on many panel shows and TV soaps, like Never Mind the Buzzcocks, A League of Their Own, Coronation Street and Emmerdale. The witty comedian has extended his career by presenting Show Me the Funny, Sunday Night at the Palladium and The One Show. As one of the most popular stand-up comedians, Jason guarantees an amusing yet professional delivery to all audiences.

“Manford, whose perpetually smiley countenance shows an occasional glint of steel, kept his focus and mined some comedy nuggets” - Veronica

Former host of Capital Breakfast, Vick Hope is a journalist, TV and radio presenter. Vick has an extensive career in presenting, she has previously hosted shows for the likes of Disney Channel UK, Capital Xtra, and MTV. Not only is she experienced in presenting youth and music shows, Vick has expertise in investigating the area of news and factual programming. Now the presenter of her own Sunday show on ITV, Vick Hope’s Breakfast Show, Vick is favoured by many as a presenter.

“Flying and soaring and inspire us!” - Bobby

Best known as the presenter of Balls of Steel, Mark Dolan is an award-winning writer, TV and radio host, and unconventional comedian. Mark has previously hosted the viral talkRADIO show daily, authored two books as well as ventured into podcasts and web series. Amidst contributing to critically acclaimed series and documentaries, Mark is a regular pundit on a range of shows, such as Sky News and Celebrity Mastermind.

"He was really great. We had so many tech issues - he saved the night. I couldn't have been more impressed by his professionalism and performance. Thanks again for all your help" - Eloise, Dentex Health

Patrick Kielty is a successful comedian, versed with zestful punchlines and observant live performances. Patrick’s satirical comedy style makes him a highly sought-after entertainer and presenter, known to have hosted Sport Relief, Fame Academy and Love Island. As a high-achieving comedian, Patrick is a well-known face in the media.

Nina Conti is a skilled ventriloquist, comedian, and actress, known for her immersive live shows and edgy humour. Destined for entertainment, Nina began her career as an actress in the television series, Black Books and Holby City. She then progressed into comedy and ventriloquism, leading her towards the wins of many awards, like the BBC New Comedy Award. Nina has also appeared on a variety of comedy shows, quizzes and talk shows, as well as presenting the likes of Live at the Apollo. Leaving each crowd laughing, Nina is a joyful presenter and host.

“The talent Nina has is fantastic, but I also love how she seems to get as much enjoyment out of it as the audience does!” – Tim

TV personality and radio host, Roman Kemp has been presenting on Capital FM Radio since 2014. As the son of the famous actor and singer, Martin Kemp, Roman was destined to entertain audiences. The rising star has engaged with celebrities through interviews and with audiences in person and on the radio too. Roman values interaction with an audience, making him a treasured personality, ideal for hosting.

“Always a great start to my day” – Jane

Recognised for his impressions and political satire, Rory Bremner is an accomplished media personality. As a ‘master of mimicry’, Rory has been applauded for his impressions of famous figures such as Jeremy Clarkson and Gordon Brown. He has previously contributed to many BBC comedy shows like Spitting Image, and even his own series, Rory Bremner – Who Else? With his successful career in the industry, Rory is a notable comedian and presenter.

Sharp and witty, Hugh Dennis is a comedian, presenter and actor, known for his appearances on Have I Got News For You, Would I Lie To You? and QI. Having featured on a plethora of TV shows and comedy series, Hugh has also presented multiple shows, such as Punt and Dennis on Radio 4 and The Great British Countryside. With his invaluable experience, Hugh is a great choice for hosting various areas of entertainment.

"He was brilliant and a perfect choice for the awards. This event is always the more challenging of our two award shows as its senior management and these people go to this type of event a lot however Hugh really did his homework on the company and industry which really paid off. He was also incredibly easy to work with and very laid back." - Network Rail

Known as the X Factor host of 8 concurrent series, Dermot O’Leary is one of the most well-known faces in the media. Dermot currently hosts the Saturday morning breakfast show on BBC Radio 2 and ITV’s This Morning on Fridays. As a multi-skilled and experienced TV presenter and radio personality, Dermot is a perfect fit for an awards ceremony.

Dermot has presented/hosted the following productions:

Here at Champions Music & Entertainment, we have a variety of hosts available to hire for any corporate event or private function. You can hire one of our charming hosts by contacting one of our supportive agents via our online contact form or by calling us on 0203 79 340 42.

> More posts by
Blog Back to the blog...
Related Posts
8 Step Guide to Hosting a Virtual Entertainment Event
Recap Of The Big Winners At The National Tribute Music Awards 2019
5 Benefits of Hosting Virtual Events