Actor and comedian, Hugh Dennis is famed for appearing as Pete Brockman in Outnumbered and Toby in Not Going Out. A regular on British comedy TV panel shows Hugh has appeared on the likes of Would I Lie To You? and Have I Got News For You, entertaining audiences with one-liners and puns. As a comedian, Hugh is renowned for his deadpan style and comic facial expressions, now also booked as an awards or events host. When looking for a celebrity comedian to perform at your next event, Hugh Dennis is a recognisable face guaranteed to increase the star appeal of your event as the headlining comedian.

Hugh Dennis is widely known to the British public as one of the funniest comedians in the public eye today. The Kettering-born comic took his first steps into entertainment at a young age, becoming a member of Cambridge University’s amateur dramatics society Footlights. Making a name for himself performing alongside his comedic partner in crime Steve Punt, Hugh went on to become a much sought-after performer in British comedy.

Hugh’s skills as a comedy impressionist saw him feature as a voice actor for the satirical puppet show Spitting Image early on in his career. During its early stages, Hugh performed his comedy act on the weekends, teaming up with his fellow comedian Steve Punt. Some of his most significant television features were his appearances as a contestant on several comedy panel shows, including Have I Got News for You, QI, Would I Lie To You? and They Think It’s All Over.

In addition, Hugh also achieved success in radio, featuring in numerous radio shows such as The Party Line, Punt and Dennis and It’s Been a Bad Week. He achieved a significant breakthrough upon featuring in the sketch comedy show The Mary Whitehouse Experience, which was adapted for television and eventually broadcast on BBC Two. Having been introduced to a mainstream audience through his numerous television appearances, Hugh’s original, risqué style of comedy saw him achieve popularity with viewers across the nation. His amusing comedic style lent itself to complementing his notable colleague Frankie Boyle.

Rising to prominence in the broadcasting world, Hugh soon also began to embark on a successful career as an actor. He appeared in several well-known sitcoms, including Outnumbered, Revolting People, Not Going Out and My Hero. In addition, Hugh enjoyed popularity as a host for an array of television programmes, presenting The Great British Countryside and Oz and Hugh Raise the Bar. Gifted with a deadpan style, emotive facial expressions and some truly outrageous material, Hugh is widely considered to be one of the greatest British comics in the country today. His wealth of experience performing in various areas of entertainment has ensured his ability to entertain audiences of all shapes and sizes.

His inventive style of comedy has seen Hugh draw upon a number of comedic influences, making him a truly exciting act to watch. As a result, Hugh continues to enjoy popularity as an ideal booking for numerous different events.

This outstanding comedian was recently listed in Champions Music and Entertainment's post on The Most Popular Stand-Up Comedians To Hire For Your Event. See the article to discover how much a comedian costs to book and why you should hire a comic for your event.

"Hugh seemed to go down a storm, he was getting lots and lots of laughs when he did his 20 mins free-style at the beginning. He checked some content with us before-hand, which was sweet, as we don’t usually have that. He was respectful of the awards and the script, and kept to it very tightly! He was a joy to have on the table and they enjoyed his company." - BCSC

"He was brilliant and a perfect choice for the awards. This event is always the more challenging of our two award shows as its senior management and these people go to this type of event a lot however Hugh really did his homework on the company and industry which really paid off. He was also incredibly easy to work with and very laid back." - Network Rail

"Hugh was a great Awards host and his pitch was just right. He took time during the briefing to understand our business and was able to incorporate some really funny industry insights into his opening slot. He followed the brief, kept the evening running to time and was very sociable with the audience. Everyone loved him." - Royal Mail

Contact Champions Music & Entertainment to enquire about hiring Hugh Dennis today. Get in touch by calling us on 0203 7934 042 or by emailing [email protected] now. 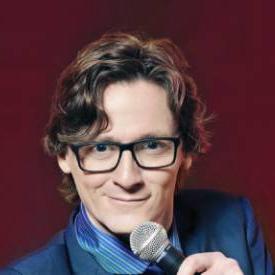 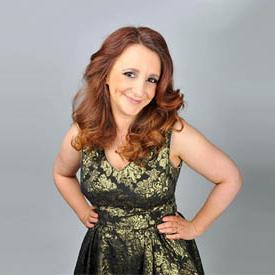