Top 8 Celebrity Magicians to Hire for Your Event 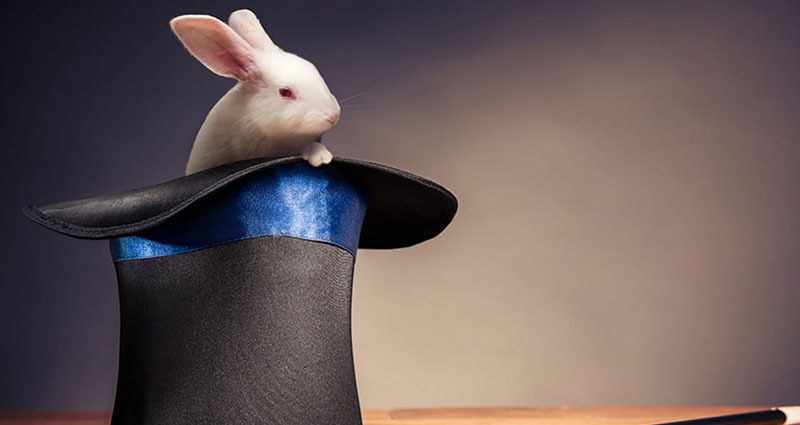 Magic is one of the most subtle yet difficult of the arts and sciences. With their theatrical flair and ability to fool even the most eagle-eyed of guests, few can deny the majesty of a talented magician. Our magicians are some of the best in the business, truly dedicated to their craft. Their passion for the mysterious draws even the most reluctant of guests into the magic of, well, magic! We at Champions Music & Entertainment have curated a list of the top celebrity magicians to hire for your event. Check out our official list below!

Why Should I Hire a Celebrity Magician?

Setting magicians apart, their ability to wow audiences makes for an unforgettable experience. When booked for events, including weddings, corporate parties and public festivals, these talented acts will keep audiences hooked on their every move. Your guests will be thinking about their favourite trick long after the event has finished, desperately trying to work out how it was done!

What Kind of Disciplines Do They Perform?

Our magicians are the finest around, not only performing the greatest magic tricks of all time, but capturing the imagination of audiences with sleight of hand, mind-reading, psychological illusion, telepathy, cabaret shows, card parlours, virtual live magic and more! Dedicated to perplex and gratify the minds of many, these magicians are funny and charming entertainment acts.

Richard Jones is the first-ever magician to win Britain’s Got Talent. After winning the show and returning for Britain’s Got Talent: The Champions, Richard is known as a BGT star. The soldier turned magician has combined his passion for entertainment and the love for his country, to entertain the masses. Richard has performed on West End stages, for British Troops and even took part in the Queen’s 90th birthday celebrations. When booked for events, Richard never fails to amaze!

"Richard wowed our Christmas Conference with an incredible performance. Engaging, entertaining and mind-boggling in equal measures, he put the room at ease expertly – before blowing them away with his illusions” - Majestic Wines

Offering a fresh perspective on magic, Troy is a contemporary magician attending events worldwide to perform modern-day magic feats. His interest began aged 12 after he admired the magical art behind David Blaine’s tricks. Throughout his adolescence, Troy developed his knack for showmanship and later wowed a production executive, who led him into expanding his audience by airing his self-titled TV show on Channel 4. With a successful career and no plans to slow down, Troy is a remarkable magician.

Finalists of Britain’s Got Talent 2017, Darren and Andrew make up the mind-reading act, DNA. Spanning over two decades, DNA have left audiences in awe by combining intuitive psychoanalysis with their unique ability of telepathic thought transference. Asking audiences to think of anything, DNA will rapidly unravel your thoughts every single time.

“it was incredible. The way your minds work is extraordinary.” – David Walliams

Martin Daniels is a screen and stage performer who is out of this world, blending magic with comedy. As the son of legendary television magician, Paul Daniels, Martin is one of the most skilled and sought-after comedic acts on the entertainment circuit. Martin has worked with the likes of Lenny Henry and amused the Royal family in front of an audience of over 150 thousand! His unique approach to magic and charming personality make him a firm favourite in the industry.

"Martin was absolutely incredible. He was polite and kind backstage, and he put on a fantastic show. He was funny, appropriate and didn't offend anyone. We'd have him back for absolutely any break. Please pass on our thanks to Martin, fantastic feedback to receive" - Jason, Entertainment & Activities Booker, Warner Leisure Hotels - Nidd Hall Hotel

One of the world’s best female sleight of hand artists, Laura London is the ‘magician of choice’ at many fashionable events and venues across the UK. With her exceptional card skills, Laura has performed at the Hippodrome, the Savoy and the biggest honour performing at Buckingham Palace for Her Majesty the Queen and for His Royal Highness the Prince of Wales on many occasions. Laura offers a range of magical experiences, from intimate walkabouts and card parlours to stage cabaret shows and virtual interactive magic.

Not your average magician, Dynamo is a phenomenal source of entertainment. Dynamo is skilled in all areas of magic, such as intricate sleight of hand tricks, in addition to his grand illusions like levitating over The Shard and walking across the River Thames. Highly acclaimed for his tricks, Dynamo has released three series based on the life of a magician which have all received multiple awards. Due to the wide range of disciplines within the world of magic, Dynamo is a proficient performer suitable for every event.

“It was a truly unforgettable performance that will be long remembered by those lucky enough to witness the spectacle.” - Tom

Jamie Raven rose to fame as a finalist on Britain’s Got Talent in 2015. Today, Jamie is one of the most-watched magicians, as his BGT audition and other performances have been seen over 800 million times. As a popular magician, Jamie has performed across the globe and consistently sold out tours. With his own range of magic sets selling across the UK, his own magic shop, theatre and school, Jamie is a skilled and experienced magician with high acclaim.

“His tricks have a twist at the end to bamboozle even the most cynical and seen-it-all crowds.” - The Stage

Star of ITV’s award-winning show, Tricked!, Ben Hanlin has been performing for over fifteen years. Specialising as a close-up magician, Ben amazes guests with audience participation, making them feel a part of the show, whether it be reading their minds or making everyday objects disappear! Ben is also in his element when performing on stage, he has starred in many live shows, such as Live at The Palladium, and his own show, Tricked!

“Ben was the headline act at our annual conference. He delivered a very unique and special show which incorporated everything he does best, humour and magic. The audience of over 500 guests absolutely loved him!!!” - DAF Trucks Ltd

How Do I Book a Talented Magician For My Event?

From weddings to corporate Christmas parties, magicians are perfect for a wide variety of events, due to their innate ability to leave guests awestruck. To book one of our incredible magicians for your next birthday party, corporate event, or concert, contact the Champions Music & Entertainment agency via our online form, by emailing us at [email protected] or by calling one of our booking agents directly on 0203 79 340 42.

> More posts by
Blog Back to the blog...
Related Posts
The Greatest Magic Tricks of All Time...
Exclusive Interview: Troy - 'The Prince Of Magic'