The worlds fastest growing classical musician, Alexis French is transforming the music industry with his approach to genre and accessibility.

Musical prodigy and world class pianist, Alexis Ffrench is changing the face of the music industry through his limitless approach to genre. The internationally renowned artist is the fastest growing classical act worldwide, and for good reason, with influences from everything between rap and pop, Ffrench’s work is truly unique. Bringing classical into the mainstream is just one ambition of Ffrech, who has been known for his exceptional musicality from a young age. Ffrech also focuses on creating emotion, supporting the Black Lives Matter movement, and destigmatising areas of the industry. A performer like no other, Ffrench is ideally suited as an event act, due to his appeal across demographics and captivating performances.

With albums spanning the past 15 years, it’s hard to find one that hasn’t reached critical acclaim for Ffrench, with his original work including The Secret Piano, Meditation and Stolen Lullabies, Ffrench is known for his ability to convey emotion through music. His latest albums, Evolution and Dreamland, released in 2018 and 2020 respectively, both shot straight to number one in the classical music charts, a testament to his popularity. Embarking on a mission with his music to be borderless, Ffrench takes inspiration from every genre in order to make his classic pieces accessible, enjoyable and relatable to a wider audience. To date, Ffrench has collaborated with an extensive range of artists including: Paloma Faith, MJ Cole and Marin Humes.

A scholarship student to the Royal Academy of Music aged 10, Ffrench has shown exceptional aptitude for music since was a young boy, having been appointed the UKs youngest church organised at only aged seven. He played music from 4 and wrote it from 5, gained a reputation as a prodigy in the industry, and has since carved one of the most influential music careers of the 21st century.

Ffrench continued his music education at the Guildhall School of Music and Drama and The Purcell School, both with full scholarships. Currently, alongside continuing his own career, Ffrench is inspiring the next generation and utilising his platform to champion other young talented musicians to pursue a career in the industry. Through YouTube tutorials, educational programmes and work with The Prince’s Trust, Ffrench is transforming accessibility in the arts. From headlining the Royal Albert Hall, to captivating guests are your next event, Ffrench’s performances are enjoyed by all manner of audiences and make the ideal accompaniment to an evening.

Contact Champions Music & Entertainment to enquire about hiring Alexis Ffrench today. Get in touch by calling us on 0203 793 4042 or by emailing [email protected] now. 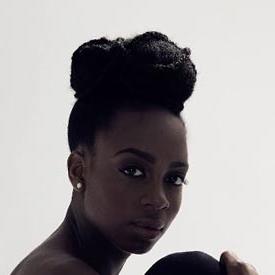