A comedian with pedigree and sharp wit, Ben is the ideal host, compère, and entertainment for any event and will ensure its complete success.

Ben Norris is a highly experienced comedian renowned for his stand-up and television appearances. Available through the Champions Music and Entertainment agency, this sharp-witted comic has toured internationally and been seen on major television panel shows. Ben’s star status has seen him work with some of the most popular names on British television including Jonathan Ross and Graham Norton. Ben started working as a comic in 1993 touring locally. His special brand of comedy that appeals to audiences of all sizes and ages. Combining observational humour with a sharp intellect and witty retorts, he is a master of the one-liner. Ben is also keen to include the audience and front row guests can expect to enjoy the give and take of this quick comic’s wit.

Such is Ben’s success he has been described by GQ Magazine as: "The term circuit legend is overused, but Norris is one of a handful that have been headlining for more than two decades and rarely departs a stage without leaving it torn to shreds in his wake. A master of the craft, this will be an hour of the most polished stand-up you are likely to see." Ben’s success in comedy has stood him in good stead seeing him make the move to primetime television. He has been a regular on the popular music quiz show Never Mind the Buzzcocks as well as the topical panel show, Mock the Week.

He has also gone on to perform as the warm-up comedian for the likes of 8 Out of 10 Cats, QI, The Graham Norton Show, and The Jonathan Ross Show. Even with this increased workload, Ben has maintained his stand-up act playing gigs to crowds at festivals such as Leeds, Reading and even the famous Glastonbury. He has also taken his show to international audiences playing as far afield as Japan, Hong Kong, New Zealand, and Australia. Ben is a rising talent who has established himself on the comedy scene. He has supported Ed Byrne several times on national tours and even stood in for Frankie Boyle on one occasion. This trustworthiness with the big names of comedy sets him apart as an incredible comic and one worthy of headlining any event. Don't miss out on his impressive showcases.

"The term “circuit legend” is overused, but Norris is one of a handful that have been headlining for more than two decades and rarely departs a stage without leaving it torn to shreds in his wake. A master of the craft, this will be an hour of the most polished stand-up you are likely to see." - GQ Magazine

"Ben Norris may not be a household name, but then very few really good comedians are these days.The London-based stand-up has been touring steadily for the past two decades, and he’s developed a razor sharp act in the process ; with the notable exception of Jason Byrne, it’s hard to think of anyone on the circuit who works an audience with as much skill and flair." - The Scotsman

"He’s one of the best headliners around, Ben Norris pretty much improv-ed his way through his 20-minute set, and did so beautifully." - London is funny.com

Contact Champions Music & Entertainment to enquire about hiring Ben Norris today. Get in touch by calling us on 0203 7934 042 or by emailing [email protected] now. 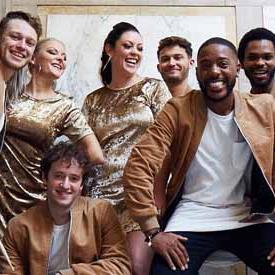