Derek James is one of the most talented breakthrough solo artists in the US and has been featured on television channels such as MTV. His inspiring ability and aptitude as a performer have made Derek one of the most exciting folk, soul and rock singers around.

Derek James is one of the most exciting up-and-coming musicians and solo artists in the music industry. With a compelling and unique ability to engage a crowd with his vocal talent and musical prowess, Derek is without a doubt one-to-watch.

With an inspiring ability, voice and aptitude in bringing exhilarating folk, soul and rock fusions with a flawless musical backing - Derek has crafted an act that is immensely popular with a huge range of audiences.

With the musical know-how and the exceptional gift of being able to play instruments such as the Ragtime piano, the vintage electric guitar, ukulele and accordion - it is certainly a challenge not to want to get up and dance.

Derek’s creativity and artistry, combined with his outright professionalism, have given light to his career in the music arena. His highly anticipated debut album, Take You Out Dancing received widespread fanfare.

Derek started his music career as a busker and performer at open-mics around the globe. He busked and played on the streets of Europe, and his travelling experiences shaped the music of his debut album, Stray.

Since then, his upbeat performances have brought him a dedicated and loyal following, one which continues to grow at a rapid rate. In fact, he has also garnered a significant amount of respect in the music community and was invited to perform alongside the likes of Jesse McCartney, Alexa Ray Joel and Sugar Ray.

Excitingly, Derek’s original material has featured on television channels such as MTV, VH1, Lifetime and the Travel Channel. He has performed up and down the country at corporate events, private parties and as wedding entertainment- making himself a sought-after talent.

His act has been refined over the years to be well suited to audiences of all shapes and sizes. He can perform as a solo artist or with a live band for more sizable occasions. Derek has a charisma and charm born for stage entertainment and a voice of genuine mastery. His wholehearted presentations are a showcase of quality and passion.

An ideal choice as the solo vocalist for corporate events and wedding entertainment, Derek knows how to animate audiences in his own impressive style.

To experience one of the biggest prospects in music, book Derek James through the Champions Music & Entertainment agency. Contact us via [email protected]. Alternatively, call a member of the management team directly on 0203 793 40 42. 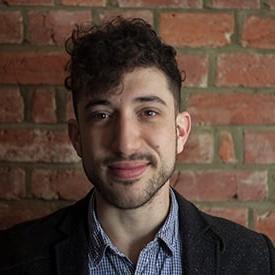