An English alternative rock band that are one of the most sought after acts in the UK, Embrace are available to hire for events, dinners and functions across the UK through the Champions Music and Entertainment Agency.

Having released seven studio albums to date in addition to a singles album and one B-sides compilation Embrace’s latest release came in 2018 in the form of, Love Is a Basic Need. One of the bands most notable early releases, All You Good Good People was released in February 1997 on Fierce Panda Records. Garnering quite the fanbase and following through their EPs which included Fireworks and One Big Family Embrace’s debut album The Good Will Out went to number one in the UK Albums Chart and immediately showcased the band's clear ability.

A second album release, Drawn from Memory, which again entered the top ten and reached number eight in the UK Albums Chart cemented their place as an accomplished and esteemed rock band.

They soon recorded their third studio album If You've Never Been, which was released on 3 September 2001. The album reached number nine in the UK Charts and was once again supported by an international tour, covering Europe, the United States and Australia. Having since recorded singles that have entered the charts at number two, Embrace’s biggest hit, the band's album This New Day, again went straight to the top of the charts and became in doing so became the rock bands third chart-topping album in the country.

Continuing to create music alongside numerous occasions and gigs that they have been hired for, Embrace have been booked for all manner of engagements both private and corporate meaning they are the ideal act for any occasion no matter how big or small. An incredibly entertaining rock band that have the ability to engage and connect with guests through music, Embrace use all of their international and chart-topping experience to guarantee unforgettable performances that are spoken of for a long time to come. Be sure to contact Embrace’s booking agent, Champions Music & Entertainment, to hire their services for your next event.

Contact Champions Music & Entertainment to enquire about hiring Embrace today. Get in touch by calling us on 0203 7934 042 or by emailing [email protected] now. 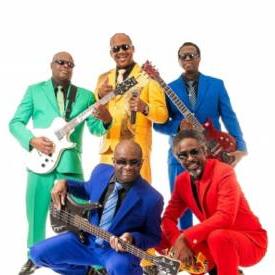 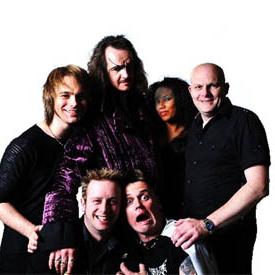