Performing a show that appeals to even the most discerning music enthusiasts, Gemma Louise Doyle is a versatile vocalist who is an exciting choice for event entertainment.

Gemma Louise Doyle is an incredibly talented singer who has lent her magnificent vocal abilities to events all over the world. An iconic name in modern music, Gemma’s performances have enthralled audiences across the United Kingdom, Europe and the United States. Her work as one of the best-loved British musical exports has seen her take her place among the country’s top female vocalists. On a mission to inspire and uplift her audience, Gemma has enjoyed a long career in the entertainment world. Utilising an impressive 4-octave singing range that has taken her act to soaring heights, Gemma takes her inspiration from the likes of Adele, Beyonce, Enya and Sam Smith.

One of the most versatile voices in the business, Gemma’s vocals perfectly lend themselves to an astonishing variety of musical genres. Able to incorporate elements of rock, jazz, opera, classical crossover, pop, soul, new age and electronica into her performance, Gemma is a multi-talented icon amongst solo artists. Gemma’s extensive career as a solo artist has taken her to venues throughout all corners of the world. From London to Las Vegas, audiences everywhere have been eager to catch the vocalist in action.

In total, Gemma has staged in excess of 2000 shows, recording 5 studio albums over the course of her career. One of Gemma’s latest musical compositions, Reason, was co-written alongside one of the original members of legendary rock act Iron Maiden. As a result, her talents have been recognised by various notable names in the industry, having performed for the likes of Jimmy Osmond. Delivering an inspiring show that appeals to the greatest of music enthusiasts, Gemma has performed for high-profile names, including the Prime Minister of Lebanon and Saudi Arabian royalty.

Back home in the United Kingdom, Gemma’s wonderful voice has been heard in places like Westminster and Coworth Park Estate. In addition, her magnetism and stage presence have helped shape her status as a popular booking for a variety of corporate events, music venues, hotels, holiday resorts and luxury cruises. Gemma Louise Doyle embodies all the characteristics of a modern pop music icon. Performing an act that is sure to get the audience dancing, Gemma’s voice needs to be heard to be believed. As such, Gemma’s exquisite show is the perfect booking for a wide array of events.

Contact Champions Music & Entertainment to enquire about hiring Gemma Louise Doyle today. Get in touch by calling us on 0203 7934 042 or by emailing [email protected] now. 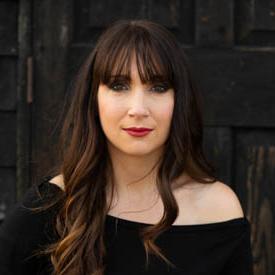