Hamilton Browne’s colourful career in entertainment has seen him take on a prominent position as the number one Lionel Richie tribute act around today. Performing an act that both visibly and audibly resembles Lionel Richie’s very own showmanship, Hamilton has been entertaining audiences across the globe.

Originally performing as a singer and saxophonist with The Commodores, Lionel Richie’s musical career soon saw him and the band supporting The Jackson 5. Given the band’s widespread success, it wasn’t long before The Commodores themselves became a staple act within the soul genre. Wonderful songs like Machine Gun, Brick House, Sail On, Easy, Still and Three Times A Lady soon saw the band establish themselves as a musical force to be reckoned with. Enjoying popularity as a songwriter, Lionel Richie soon began writing songs for a number of different acts. His ensuing success led him to establish a solo career, through which he became known for his romantic, easy-listening ballads.

The most well-known song written during this time was unquestionably, Hello, which has found its way into popular culture as one of the most iconic love songs of the 1980s.

In turn, Hamilton Browne’s uncanny resemblance to the original act has afforded him a rewarding career in the media. His incredible knack for showmanship consequently prompted the BBC to invite him for a performance alongside Lionel Richie himself. In this capacity, Hamilton succeeded in putting on a memorable performance on The Graham Norton Show. In addition, Hamilton was also asked to appear on The One Show, as well as being recruited to record the promotion for the new Walkers crisp advert, starring both the original Lionel Richie and Gary Lineker.

Since then, Hamilton’s career has very much taken off, making him a popular choice for corporate entertainment, wedding entertainment and a vast number of other occasions. As a result of his success, Hamilton spends part of the year performing for P&O Cruises and Thomas Cook, an engagement which has taken his performances to mainland Europe, the Caribbean and Dubai. In addition, Hamilton has put on show-stopping performances for major players in the hospitality industry, including gigs for Hilton Hotels, Butlins and De Vere hotels. With a successful career in entertainment behind him, Hamilton Browne’s Lionel Richie tribute act is second to none; he continues to pay a fitting tribute to one of the greatest soul icons ever to have lived.

"The evening was a huge success and if you could please pass on my thanks to Hamilton." - Lesley Thompson, Private Event

Back to 'Lionel Richie'

Contact Champions Music & Entertainment to enquire about hiring Hamilton Browne today. Get in touch by calling us on 0203 7934 042 or by emailing [email protected] now. 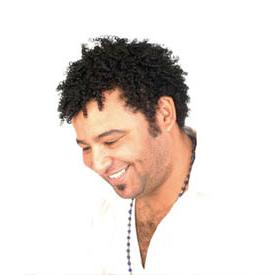 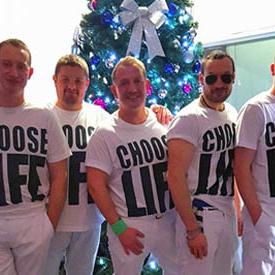