Jo Jeffries is a famous singer and songwriter with incredible charisma and a stunning voice. From Atomic Kitten to her solo career, Jo has been a constant star on the entertainment scene.

The famous singer, songwriter, and music industry mogul Jo Jeffries is perfect host, performer, and entertainment for any event. Her accomplishments both on and off the stage have set Jo apart as a true musical icon and a must at all corporate events, black-tie dinners, and public appearances. From her time with the unforgettable Atomic Kitten to striking out on her own, she is the ideal accompaniment to your event.

Jo Jeffries is an accomplished songwriter, singer, and businesswoman with over twenty years’ experience in the entertainment industry, culminating in her experience with the highly-popular pop group Atomic Kitten. Jo was involved in recording and touring with Atomic Kitten to promote their debut album Right Now, which went on to become a double-platinum seller, producing four top 20 singles including the title track, ‘I Want Your Love’, ‘Follow Me’ and ‘See Ya’. ‘Right Now’ went on to reach number ten on the UK Singles charts while ‘See Ya’ rocketed to number six. Formed by Andy McCluskey and Stuart Kershaw, Atomic Kitten traversed the genres of pop, dance-pop, Europop, and disco to become one of the UK’s favourite pop groups.

More recently Jo has used her talents as a singer and songwriter to work for Neo and Music Copyright Solutions Ltd. Jo wrote chart-topping songs for artists around the world and collaborated with some of the highest-profile writers and artists in the UK and Europe, including Michelle McManus and Holly Valance.

When not writing, singing or producing, Jo has worked for various major radio stations – including Kerrang! Radio – and provided marketing and communications services for Birmingham’s Big Centre TV, which promotes new music acts and performers.

Jo has continued to be a guiding light for British music, co-founding the Birmingham Music Awards. This organisation looks to celebrate Birmingham’s amazing talent and heritage through recognising some of the best regional artists around.

Being a talented singer and songwriter herself, Jo knows what it takes to make it in the big time and spends some of her time at 7LOCO, a music marketing company based in Birmingham. As a founder and director of the company, Jo has excelled and proven herself an icon for aspiring musicians and businessmen.

To book the highly talented Jo Jeffries as the solo artist for your next public appearance, television broadcast, or corporate event, contact the Champions Music and Entertainment agency via email at [email protected]. Alternatively, call a member of the management team directly on 0203 793 40 42. 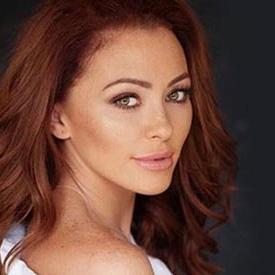 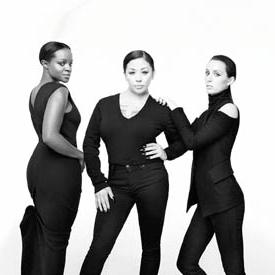 Sugababes International Pop Group Who Have Had Multiple Hit Singles