Leon Jackson is a Scottish singer. He won the fourth series of British talent show The X Factor in 2007.

Following his win, Jackson was the main star of his on-web series entitled Leon's Life, which ran from 2007 until 2008. Jackson's début album Right Now finished the year as the 75th best-selling album in the UK, and included the singles, Don't Call This Love, Creative and Stargazing.

Jackson's debut single, When You Believe, a cover of a song sung by Whitney Houston and Mariah Carey and composed and written by Stephen Schwartz, sold over 400,000 copies, and was the 92nd best-selling single of the 2000s in the UK, and was the third best-selling of 2007. Jackson had the best selling single from a British Male Artist in 2007 beating the likes of Mika, Take That and Mark Ronson in the best-selling male category, and being beaten by Leona Lewis's Bleeding Love and Rihanna's Umbrella to the number one and number two positions, respectively. 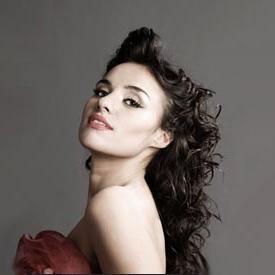