Having enjoyed an extensive career in classical music and musical theatre, classical soprano singer Lisa Jane Kelsey is the performer of choice for a wide array of events.

Classical soprano singer Lisa Jane Kelsey is one of the most exciting classical singers in the United Kingdom. Having appeared in countless shows across the world, Lisa’s refreshing take on classical crossover has won her praise with audiences young and old.

Lisa’s stunning vocal performance has helped her leave her mark on the modern classical crossover genre. Resonating with audiences wherever she goes, Lisa’s wonderful talents have afforded her a successful career as an entertainer. Her incredible voice has seen her enjoy a meteoric rise through the classical music ranks, helping Lisa establish herself as a household name in classical music circles.

Adding a sense of refinement to a variety of different occasions, Lisa particularly excels at putting a classical twist on many modern pop songs. Her commanding voice has enabled her to succeed at reinterpreting songs by Katy Perry, Rihanna and Jessie J. This exciting approach to the genre has seen her enjoy demand from many major venues, taking her to stages in Crete, Ibiza, Majorca, Egypt, Cyprus and Tenerife.

A multi-talented performer, Lisa has also found incredible success featuring in numerous theatre shows. She played the character Evelyn in the theatre show Songs For Victory, which toured the United Kingdom as part of a string of popular dates. Lisa also appeared as part of the Viva Broadway tour, impressing audiences with her show-stopping performance. Furthermore, Lisa has also performed lead roles in pantomime shows such as Beauty & The Beast, Snow White, Jack and the Beanstalk and Sleeping Beauty. As a testament to her acting success, Lisa has appeared alongside some of the biggest names in the business, having featured with the likes of Paul Daniels and Jess Conrad.

An extremely versatile performer, Lisa’s performance is an absolute delight to witness. Having perfected a variety of incredible stage performances, Lisa has also presented audiences with her exciting 90s-themed and Pop Divas shows. Regardless of setting, Lisa’s incredible voice has consistently impressed those lucky enough to have seen her perform, reinforcing her status as a sought-after stage performer.

Lisa Jane Kelsey beautifully merges the classical- and pop music worlds, moulding two exciting genres into one. With a voice that continues to win her legions of adoring fans, Lisa is the ideal booking for corporate events and a wide array of other occasions.

If you would like to book Lisa Jane Kelsey as the singer for your corporate entertainment, wedding entertainment or music event, contact the Champions Music and Entertainment agency via [email protected]. Alternatively, speak to a member of the management team directly on 0203 793 40 42. 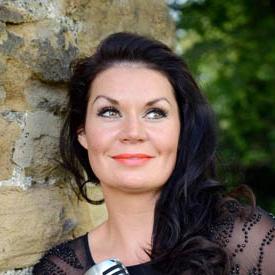 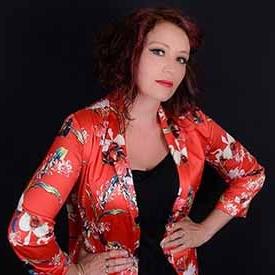 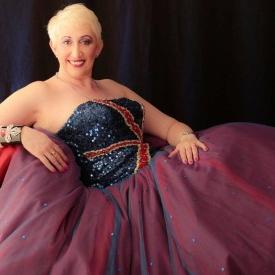