A showman like no other, Magical Bones is captivating audiences with his impeccable illusions, infused with professional hip-hop moves.

A talented act with endless tricks, Magical Bones takes his audiences on a journey, a true storyteller and effortless magician. Having toured the world with his slick sleight of hand, Magical Bones has most recently landed on the Britain’s Got Talent stage, a standout contestant from the 2020 series. When booked for events, guests can enjoy a world-class act that is guaranteed to leave them awe-inspired and wanting to watch more.

Magical Bones is a master of his craft, who has gained a reputation across platforms for his creativity and flair. Whether he’s featured on the TV series ‘Around the World in 80 Tricks’ or starring as the closing act for the BAFTAs, Magical Bones thrives in each setting. Having performed globally and made his West End debut with one of magic’s most highly acclaimed shows ‘Impossible’, Magical Bones has established himself as a gifted showman and trickster.

A former professional hip hop dancer, Magical Bone utilises his performance skills in his magic acts, creating a unique watching experience for audiences. Working with the likes of Plan B, Alicia Keys and Madonna, Magical Bones’ dancing career made him a global name and a first-choice dancer for the stars, on music videos and tours. Incorporating classic moves like the moonwalk, audiences are mesmerised by the innovative fusion of dance, theatrics and magic that magical bones brings to events.

Inspired by a 19th-century slave and magician, Magical Bones began his illusion career after discovering the heroic story of Henry Box Brown’s great escape. Making a nod to the innovative escape in his Britain’s Got Talent semi-final, Magical Bones gained the secure vote of the judges which saw him become a BGT 2020 finalist, a testament to his impressive skill set.

"His passion for what he does really comes through and his unique style of magic is fresh and original." - Richard Branson

Contact Champions Music & Entertainment to enquire about hiring Magical Bones today. Get in touch by calling us on 0203 7934 042 or by emailing [email protected] now. 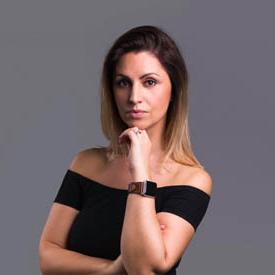