A true master of the fretboards, Mark Brannelly combines his instrumental talents with a singing voice that is sure to impress.

Having racked up a number of coveted awards over the course of his career, Mark Brannelly is one of the country’s best-loved solo artists. Laying down a masterly vocal- and instrumental performance, Mark’s musical talents have afforded him a successful career in live music. Born with a magnificent singing voice, he has utilised his classical training to further hone his guitar-playing skills. A true virtuoso on the fretboard, Mark’s performances have impressed audiences both within the United Kingdom and abroad.

Nurturing his natural talent for the guitar, Mark’s playing style combines his plectrum technique with his classical background. Equally adept at playing the acoustic, classical and electric guitars, Mark has lent his vast talents to an array of musical styles. As a result, he has mastered a huge and exciting setlist, performing classic songs such as Lady In Red, Under The Boardwalk, Wonderful Tonight, Money For Nothing, Nights In White Satin, Can’t Help Falling In Love, Love on the Rocks, More Than I Can Say and The Last Thing On My Mind.

Delivering a show that appeals to listeners both young and old, Mark’s performance continues to enjoy popularity wherever he goes. Over the course of his career, Mark has performed for a variety of major names in the holiday industry, including the likes of Thomson Holidays and Haven Warner Holidays. Impressing audiences with his musical abilities, the latter engagement saw Mark perform for a full summer season.

Enjoying a great deal of recognition and respect within the music community, Mark has performed alongside several other notable acts, having shared the stage with Les Dawson, Stan Boardman and even The Black Abbots. Furthermore, Mark has also excelled in the broadcasting world, fulfilling several acting roles in a number of television series and small films.

A decorated name among English singers, Mark has received several awards for his work as a vocalist and guitarist. As early as 1996, Mark was named Midlands Vocal and Guitar Instrumentalist of the Year by the Central Entertainment Agency Council. In addition, Mark also received a Birmingham Entertainment Secretaries Council Award in 2005, helping to cement his status as one of the top British guitarists and vocalists around.

Delivering a show that is energetic and versatile in equal measure, Mark continues to enjoy success as the ideal performer for corporate events, wedding entertainment and various other occasions. Coupling his powerful voice with his expert instrumental abilities, Mark is a rare gem in the entertainment world – a reputation that ensures his bright future as a sought-after performer.

If you would like to book Mark Brannelly as the performer for your corporate entertainment, wedding, music venue or private occasion, contact the Champions Music and Entertainment agency via [email protected]. Alternatively, speak to a member of the management team directly on 0203 793 40 42. 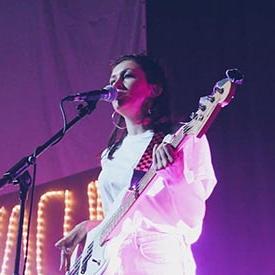 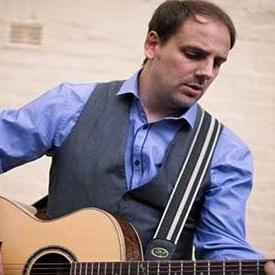