Martin Gold's trademark comic timing and charmingly recognisable impressions have made him one of the most sought-after names in showbiz.

Martin Gold is a brilliant British stand-up comedian who is well oiled on the comedy and after dinner speaker circuit. With a natural ability on stage and a charisma that wows audiences, Martin’s act is comedy Gold. He combines expert routines with surprising and satisfying punchlines to have crowds in fits of laughter.

Gold is a work-horse and has delivered an incredible amount of shows on a diverse array of platforms. Martin Gold’s professional career as a stand-up comedian and impressionist has spanned an incredible forty years thus far. This shows his unparalleled passion and dedication to his profession.

As a stand-up comedian, he has harboured significant fanfare, supporting some of the biggest names in entertainment. He has performed in pantomimes, appeared on television, radio and played host as corporate entertainment.

For ten years Martin supported the likes of Ken Dodd, Les Dawson, Gene Pitney and Tammy Wynette. Martin toured with legends, Mickey Rooney and Al Martino. He spent four seasons topping the bill in Jersey, and three in Newquay and several seasons headlining for Warner Holidays and Stakis Hotels. His talent was subsequently recognised by the Variety Club of Great Britain when they named him ‘Comedian of the Year’ for two years running.

Martin has fine-tuned his act to cover the after-dinner market. He offers a completely clean show, without the need for inappropriate language or behaviour. He takes pride in adapting his act for clients of all types and is at home in all settings, at small or large events, on television, radio or stage. In addition, Martin enjoys working in cabaret and is one of the most exciting variety acts around. He performs in the same spirit, with the same dynamism as he did in his twenties.

He has made himself a regular choice for hotel chains Hilton and Warner and is constantly in demand for many cruise lines, including P & O, Airtours and many other well-known holiday companies. His acumen has seen him headline events for Carlsberg, Mercedes Benz, British Airways, Rolls Royce, HBOS and Manchester United, showcasing his ability to perform in front of the corporate giants. His clean, immaculately presented comedy is appreciated by all and allows event planners to sit back and watch the punchlines roll in.

Martin is always immaculately dressed and carries a very professional attitude. He is a very amicable person both on and off stage, and his ability to deliver a speech to a corporate audience makes him one of the most popular and busiest after-dinner speakers on the circuit today.

"Martin had to follow me and Alec Stewart at a cricket dinner, which is obviously a bit like singing after Sinatra and Dean Martin. It was midnight before he got on, but he turned it round brilliantly and had a bunch of drunk cynical cricketers laughing their heads off. I thought his act was sharp and very funny." - Piers Morgan

"Martin judged his audience perfectly in terms of content and pace and immediately had everyone in stitches. He was the highlight of our evening and I would recommend him unreservedly."  - Sally Geddes, Initial Rentokil plc

"Martin Gold delivered a clever and accomplished act that would suit any audience. He was immensely popular with a fairly loud audience, many of whom made comments like-"He was so funny, and I don't think he swore once!" His act was varied, covering lots of topics, and he clearly tailors his material to suit his audience's mood. The best recommendation is that next year's Captain booked him again on the spot." - Leighton Buzzard Golf Club

Book veteran comedian Martin Gold as the comedy speaker for your private party or as an entertaining event host or guest for your corporate events. Simply contact the Champions Music and Entertainment agency via [email protected] or speak to a member of the management team on 0203 793 40 42. 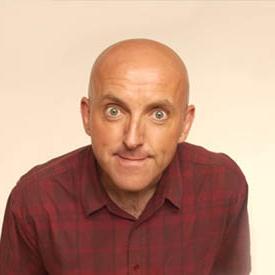 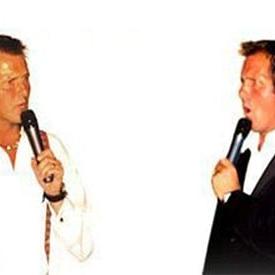