Raymond and Mr Timpkins are a comedy duo with over two decades of experience in the comedy industry.

Raymond and Mr Timpkins have travelled all over the UK with their hilarious comedy act, as well as performing shows in New Zealand and the Falkland Islands. With venues ranging from the smallest pub right to the London Palladium, the duo are able to light up any event possible. Their act includes using the lyrics of pop hits throughout history, making jokes and mocking their lyrics. They either do not say anything or use minimal dialogue during their acts, instead, they hold up signs with words on or create puns and visual laughs. The two met each other when they were part of a band in the 80s and 90s.

The band began to decline and before they knew it there was just the two of them left. When they were part of the band they used to mess around in between sets, and this was what inspired their comedy act. The two have been described as the Chuckle Brothers mixed with Radio One Roadshow for their humourous and unique act. Their vaudeville musical prop-based comedy is like no other, and has been winning them standing ovations at venues across Britain for two decades. Originally the pair began their act as a source of entertainment in the space for scoring in the battle of the bands competitions.

Raymond is usually dressed in a pair of inside out, back to front joggers, a striped jumper and hat and adopts the silly role in the duo. Mr Timpkins is more formally dressed in a mismatched suit, however he sports a pair of gold hotpants beneath his trousers seen when he occasionally loses them during the act. These two are light minded, hyperactive and a bundle of fun, with the ability to entertain even the toughest of audiences. With an overload of velvet, sandals and socks and multicoloured wool the pair are guaranteed to put a smile on the face of even the hardest to please event audience.

With charismatic and bubbly personalities they would be the perfect addition to your next event, whether that be as entertainment to open your event or as a hilarious closing act to make your event go out in humorous style.

"This is comedy that reminds us why we go out to see live shows. And it wears its incredible skill, its labour-intensity and its comic genius so lightly one might think it is just a bit of silliness." - Kate, The Scotsman

"A mad, anarchic triumph of stupidity over style. Not to be missed." - The Guardian

Contact Champions Music & Entertainment to enquire about hiring Raymond & Mr Timpkins today. Get in touch by calling us on 0203 7934 042 or by emailing [email protected] now. 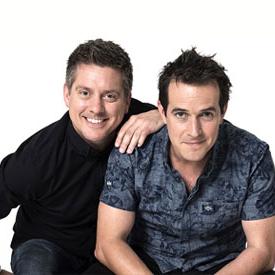 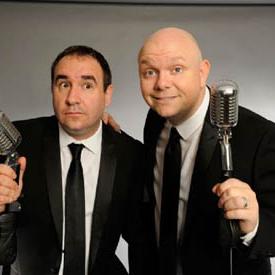 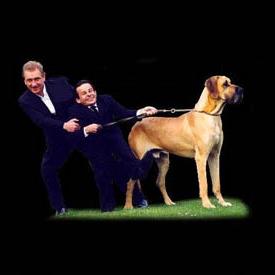