Robert, an ex-professional golfer from the west coast of Scotland, may seem an odd choice to embody the famous New Yorker; but his voice and experience have led him to fooling everyone from the legendary American comedian Don Rickles to the cast of Oceans 11.

"I thought they were playing a recording!" - George Clooney

Frank Sinatra, as one of the pre-eminent and influential musical artists of the 20th century, is a brilliant choice when looking for corporate or wedding reception entertainment. His unique voice, big band atmosphere, and suave demeanour is emulated by the UK’s leading tribute act, Robert Scott to bring back the hazy days of smoking jackets, martinis, and the Rat Pack. Robert, an ex-professional golfer from the west coast of Scotland, may seem an odd choice to embody the famous New Yorker; but his voice and experience have led him to fool everyone from the legendary American comedian Don Rickles to the cast of Oceans 11. Raised on the musical stylings of Thelonious Monk, Count Basie, Bob Dylan, The Beatles, Stevie Wonder, and Frank Sinatra, Robert first started performing at open mic nights in Glasgow.

Wowed audiences commented on how accurate his Sinatra voice was and thus a legend was born. From performing in small bars and jazz clubs, Robert’s tribute soon found its way to Stars in Their Eyes. This national television show drew viewers of between 8 and 17 million and once Robert was in the limelight there was no turning back. Robert is a versatile act who can perform with a backing track, 5-piece or 6-piece live band, as well as a 17-piece big band and a 31-piece orchestra. His sets are themed with options including ‘The Sinatra Songbook', ‘Sinatra at the Sands’, and even an extra set as the ‘Rat Pack’ (a performance including some Dean Martin songs and Sammy Davis Jr. numbers).

The set lengths vary from 45 minutes to two hours ensuring any event can be catered no matter the venue or budget. Robert Scott’s tribute is held in high regard in corporate circles. Sophistication, swing and style are buzzwords that any event would benefit from and Robert has worked for the likes of UEFA, BBC Radio, The Sage Newcastle, British Telecom and even the Oceans 11 Film Premiere. While his corporate entertainment is noteworthy, Robert is an accomplished wedding singer. With a soft spot for love, this unparalleled act can customise a performance to your needs ensuring your day is truly special. Robert Scott’s Frank Sinatra tribute act is a masterpiece and his versatility with live bands and venues make him the ideal choice when considering who to book for your next event.

"A young man who really knows his Sinatra, and he sings it beautifully." - Barry, BBC

"Robert Scott's vocal similarity to Sinatra is nothing if not startling!" - Fred Dellar, Sinatra His Life & Times

To book Robert Scott as a Frank Sinatra tribute act for your next corporate event, private function, or launch party, contact Champions Music & Entertainment agency via email at [email protected]. Alternatively, call a member of the management team on 0203 793 40 42. 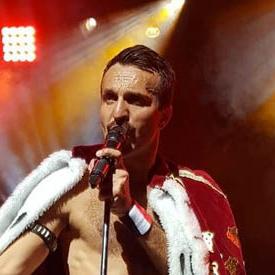 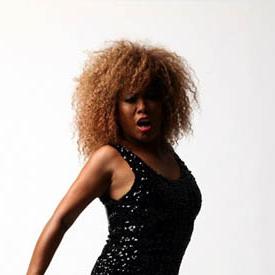