Slade is one of Britain’s most iconic glam rock bands. They climbed to the top of the charts in the 70s, achieving 17 consecutive top 20 hits and six number ones on the UK singles chart. They have spent a total of 20 weeks at number 1.

With an extraordinary track record and worldwide fanbase, there is no doubting their status among the country’s most famous rock bands. Slade are a national treasure. Their unique and theatrical style defined the glam rock era and became an inspiration to some of the leading stars of later generations. Famous rock bands and punk sensations such as Nirvana, Sex Pistols and The Clash all praised Slade as having an influence on their own acts. Slade are known for their lively and dramatic stage shows and that remains unchanged since the inception of the band in 1966.

The band bring similarly daring and vibrant costumes and a signature zest to the stage - for the ultimate wow factor. Don’t hire a band for your event, but one of the best live bands for hire. Rock n’ roll royalty, Slade has sold over six and a half million records in the UK and over 50 million worldwide. Their breathtaking single Merry Xmas Everybody has become one of the hallmarks of a British Christmas build up. It has sold a remarkable one million copies itself. Slade's chart career has been long-standing and has produced timeless classics that still feature on television commercials and in documentaries worldwide.

They have reappeared in the charts several times in their four-decade musical careers. They have spent an incredible 323 weeks in the single charts and 203 in the album charts. If you were to lay that out, that is 10 years in the charts! It is no wonder that Slade is considered one of the most important bands of the 1970s having sold the highest number of singles in the decade. Slade went on to become one of Europe's most famous bands and spent time recording and touring throughout the continent. They ventured abroad to America and Japan on a regular basis, where they grew a dedicated fanbase.

Compared to their illustrious past, Slade’s influence had faded in the late 70s until Reading Festival came calling in 1980. They delivered one of the most memorable concerts in British festival history, completely blowing crowds away, crowds that thought they were past it - but Slade were back. Back in spectacular fashion. Slade forged a new path, following the success of their Reading reinvention.They took to Castle Donnington in 1981, before a crowd of over 200,000 people and then stunned with new albums, Lock Up Your Daughters, and the album Til Deaf Do Us Part. Cum On Feel the Noize and Mama Weer All Crazee Now summed up the band's style, instrumentally, vocally and in terms of their trademark misspelling of song titles.

Contact Champions Music & Entertainment to enquire about hiring Slade today. Get in touch by calling us on 0203 7934 042 or by emailing [email protected] now. 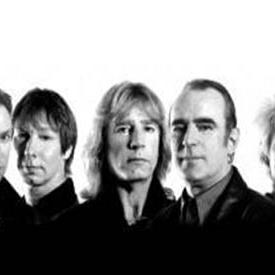 Status Quo One Of The World's Most Famous Rock Bands