One of the best Tom Jones tribute acts in the United Kingdom today, Robb Dee is a true talent. He was nominated as the Top Tribute to Sir Tom Jones at The National Tribute Awards in 2017 and 2018.

Robb Dee has had major success performing as Tom Jones for crowds of all shapes and sizes across the country and abroad. His gig at the Cardiff Motorpoint Arena saw the venue at maximum capacity, with over 2000 revellers enjoying his incredible homage to Wales' biggest entertainer. As a tribute artist, Robb has entertained at music festivals, hotels and holiday parks, as well as at private parties and corporate occasions. His genuine ability to get an audience moving, grooving and singing along to the classic songs has made him especially popular.

The charismatic tribute act will ensure a full dance floor. He spent time honing his skill as a young man, supporting the likes of Bobby Davro, The Nolan Sisters, Tony Christie and many more before kickstarting The Tom Jones Experience in 2011. His television appearance as Tom Jones on ITV's Odd One was so successful that it made him exclusively focus on that show. Since then, his spectacular show has received significant acclaim and attention. With 40 years of experience in entertainment, Robb Dee is a musical maestro. It is his authenticity, both vocally and in terms of his likeness to the Welsh crooner, that has seen him shoot to the top of the entertainment tree.

A breathtaking performer, Robb has left audiences wanting more at the end of his stage shows. Presenting the megahits from Tom Jones' magnificent repertoire, Robb runs through songs such as 'Green Green Grass of Home', "I'll Never Fall In Love Again", 'You Can Leave Your Hat On', 'Sexbomb, "She's A Lady", 'Delilah', "What's New Pussycat" and 'Mama Told Me Not To Come'.

He has taken to the stage as after dinner entertainment and wedding entertainment as well as establishing a great reputation as a corporate events performer for such corporations as Marriott Hotels, Haven Holiday Parks, Bourne Leisure, Grosvenor Casinos, Parkdean Holiday Parks and Vale Holiday Parks. He has also featured on the likes of BBC Radio, ITV and Endemol Productions. In 2017, he even took to the stage on BBC One tribute talent show, 'Even Better Than The Real Thing'. His voiceover work has also been in high demand and has been used by the likes of Giorgio Armani, TomTom and Hitachi for television, radio commercials and product launches.

"We book Robb every year for a variety of our venues as he is the best about." - Paula Taylor, Midlands Pubs

"We booked Robb 13 times during our 2018 summer season and the customer reviews backed up what we seen and heard that this guy is special. Brilliant entertainer...sound and look of Tom Jones is second to none....so much so that we are looking at more dates for 2019." - Chris North, Hendra Park Newquay Cornwall

"Robb performed for my Nan's 60th birthday party. I was nervous as I booked him and you just never know what you really are going to get.....I couldn't have been happier with the result. Robb was superb, my Nan loved it and my word what a transformation into Sir Tom, I couldn't believe it." - Lauren Warner, Ardleigh Green Hall Hornchurch

Contact Champions Music & Entertainment to enquire about hiring The Tom Jones Experience today. Get in touch by calling us on 0203 7934 042 or by emailing [email protected] now. 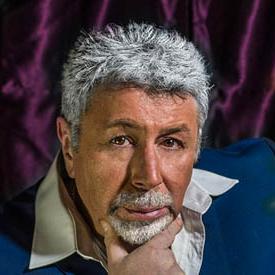 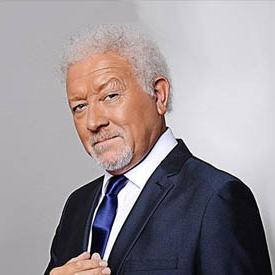 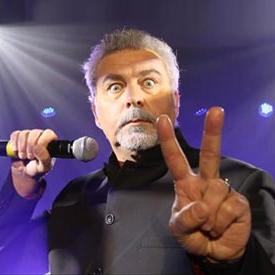