Jason Allen has enjoyed immense popularity as one of the most talked about Michael Bublé tribute acts in the country. Having developed a show that is truly unmissable, Jason’s perfect likeness, powerful voice and all-round performance are what makes his tribute act stand out from the crowd.

Having begun his career in 1999, Jason soon enrolled in London’s Academy Drama School. He was consequently picked up by a number of musical theatre productions, prompting him to appear as a singer in Jesus Christ Superstar, A Slice of Saturday Night and Disco Inferno. In addition to his musical work, Jason has also performed as an actor, featuring in major television series such as Come Fly with Me and Eastenders. Furthermore, he has also appeared in a number of films, including Exhibit A and Uncut and Ugly Beautiful. These experiences have helped shape Jason into a fully-fledged performer and have enhanced his on-stage presence.

Jason’s Michael Bublé show encompasses all the charm and charisma you might expect from a real Michael Bublé performance. Performing many of the original act’s greatest hits, including Haven’t Met You Yet, Cry Me A River and Save the Last Dance, Jason’s show is a worthy tribute to the Canadian singer-songwriter. As a result of Jason’s success on stage, he has been voted Best Male Singer at the National Entertainment Awards. His musical repertoire is extensive, paying considerable attention to the sound of swing. Alongside his mastery of Michael Bublé’s material, Jason’s performances have also featured wonderful renditions of some of the best-known songs in the genre, performing musical works by Sammy Davis Jr.,

Frank Sinatra, Jamie Cullum, Robbie Williams and Dean Martin. Jason’s versatility as a musician has seen him tailor his show for a vast amount of different occasions. Well-equipped as a solo performer, Jason’s show can also be accompanied by a variety of musical arrangements. His abilities as a showman have already seen him perform alongside a full live band, adding to the full concert experience. In addition, Jason is also able to incorporate a group of dancers, an option that adds a touch of sparkle to your event. Following his success on stage, Jason’s Michael Bublé performance has enjoyed popularity as corporate entertainment and wedding entertainment alike.

Building upon his reputation as one of the best swing performers in the country, Jason is set to continue his career as the tribute artist to beat.

"... We have had amazing feedback from all of our guests and would highly recommend you. We will definitely be booking again!" - Jessica Hull, Conference & Events Manager

"Jason is a very professional and dynamic performer who always manages to add a pleasant atmosphere when performing for us at Simply Italian. He sets up quickly without fuss and is happy to work around our timing. Highly recommended." - Giuseppe D’Angilo, Simply Italian

"Jason Allen sang at our wedding and he was exceptional! He was one of the last suppliers we booked for our day and we were so happy that we made this decision. He was relaxed, professional and had an amazing voice. He sung a varied song list which suited our day and guests perfectly. We have received wonderful compliments from our family and friends and our day wouldn't have been the same without him." - Shelley & Cevat Cafer

If you would like to book Jason Allen for your next corporate event, wedding or private occasion, contact Champions Music and Entertainment via [email protected]. Alternatively, speak to a member of the management team directly on 0203 79 340 42. 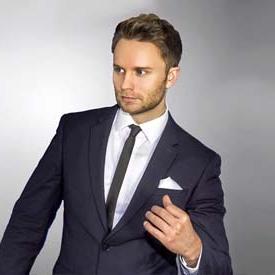 Lee Hutton An Exhilarating Tribute To A Swing Legend 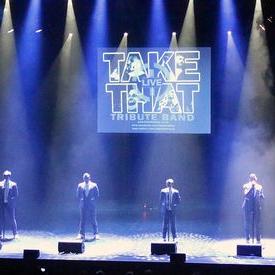 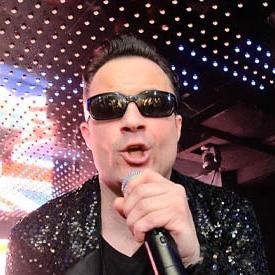